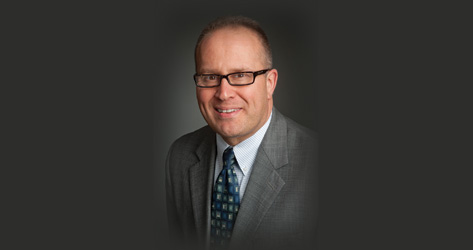 Brian T. Sansoni is vice president of communication and membership and vice president of sustainability initiatives at the American Cleaning Institute (formerly The Soap and Detergent Association). The ACI is the trade association for the cleaning products industry in the United States, based in Washington D.C.

Since 2000, Sansoni has served as a spokesman for the ACI and is responsible for the association’s external and internal communication activities, including media relations and promotion of the ACI’s technical, government affairs, sustainability and consumer education activities.

For more than eight years, Sansoni was a press secretary in the United States House of Representatives, serving as a spokesman for four members of Congress. Prior to that, he worked a radio news reporter in Pennsylvania and New Hampshire.

Sansoni is a graduate of Lock Haven University in Lock Haven, Pa., where he received a bachelor’s degree in broadcast journalism.

As we head into 2013, what are some of the major detergent industry trends that laundry owners should be aware of?

In a nutshell, the industry has become “smaller.” By that, I’m referring to the size of the packaging, the delivery forms and the recommended dosage.

For example, with liquid detergents over the past few years, you’ve seen the formulations become much more compacted, more concentrated. In other words, the smaller packages of detergent pack the same amount of cleaning power as in the previous larger packaging. You just don’t need as much detergent in a typical laundry load as you did in the past.

Of course, consumer habits die hard. But the fact is that – particularly with the liquids – over the last half-decade or so, these detergents feature much more concentrated formulas. And, of course, the liquids represent a much larger portion of the U.S. marketplace than powders.

The other most relevant trend within the marketplace is the development of the new, pre-measured, single-load laundry packs – making it easier than ever for consumers to do their laundry.

In addition, even some bleaches and liquid fabric softeners are now being offered in more concentrated formulas.

Basically, the manufacturers are increasingly being asked – either by the marketplace, by their stakeholders and/or by the consumers in general – to take into account their global footprint. Sustainability is on everyone’s mind, and how it all works into products for the consumer. This has led to the current changes in laundry detergent packaging and formulation – where products still have to pack a punch when it comes down to doing laundry, yet also be manufactured as environmentally responsibly as possible.

This global megatrend known as sustainability – doing business more efficiently, more economically and more environmentally responsibly – is now playing out in the products we see on the shelves, and I think we’ll continue to see more and more of it on the shelves in the years to come.

What is the overall outlook for the soap and laundry detergent industry?

The successful companies are going to have to keep an eye on the long-term endgame, because it’s so challenging – quarter-to-quarter. The outlook is steady. However, it’s based on chemical pricing and energy costs, as well as the demand in the marketplace, so it can be very unpredictable. I don’t think anyone is looking the marketplace these days and thinking that they’ve won the lottery. It’s slow and steady.

In your opinion, what is the most misunderstood aspect of the detergent industry?

I think it’s just how much research, development and testing goes into laundry and fabricare product safety and effectiveness. Our industry dedicates an enormous amount of resources to ensure the safety of the products, including many millions of dollars in research, development and testing before the products ever hit the shelves – particularly on the pre-market testing side, trying to predict and ensure that there is consumer acceptance of the new product formats, such as the current unit-dose detergents.

I don’t think many people realize the enormity of what goes on behind the scenes before these products are unveiled, especially newer product formats and new scents in the different detergents.

We always want the consumers to be delighted with the products, whether they will be used in the home or at the laundromat – and a lot goes into that.

Has this type of rigorous R&D always been the case?


Yes, it has, but it continues to ratchet up because the companies want to find that sweet spot with a particular new product form or brand extension, which can often involve scents or fragrances that are in the products because that tends to draw a lot of consumers to particular products.

Another crucial area is when a new stain-fighting element is being added to a product? Again, there is a lot of research and testing involved because, if you tweak one aspect or one ingredient within a product, it can affect the entire product.

For handling drop-off laundry accounts, what types of soaps and laundry products should every store owner have in his or her “toolkit?”

You should have a regular arsenal of detergents, bleaches and fabric softeners, as well as perhaps some specific spot- and stain-removers. Of course, you have to be efficient in this process.

Also, it’s important to know your customers’ preferences. For example, are your repeat wash-dry-fold customers asking for certain fabric softeners? If so, maybe that’s something to take note of.

In addition, depending on the type of laundry detergents you’re using, you want to be sure that you’re attendants are dosing the product based on the size of the machine and the size of the laundry load. Again, there is no need to overdose.

Wastewater is quickly becoming a major issue in the self-service laundry industry, with rising water and sewer rates. What is the ACI’s stand on this hot-button issue?

We understand that laundry owners are facing increased water and sewer rates across the country. However, this is an issue that is typically dealt with expense-wise at the local and regional levels; therefore, ACI really doesn’t address this as an issue at the national level.

We pay attention to the research being done on the products to ensure that they are designed to be compatible with a wide variety of wastewater treatment systems throughout the U.S., thus ensuring that the products are safely disposed of down the drain. But, relative to the rates, that’s an issue typically dealt with at the local and regional levels.

With regard to laundry detergents and other laundry products, are there any EPA concerns or upcoming regulations that laundry owners should be aware of for 2013?

Typically, we pay attention to rules and regulations that could affect the formulation of effective laundry detergent products that are available to consumers and in laundromats today. This has to do with how chemicals are regulated. Obviously, it’s those ingredients that are the workhorses of all the detergents that are being used in coin laundries.

The big issue that we’ll continue to see percolate in Congress and at the EPA is what happens with new chemical regulations that could impact how products are formulated and developed over the next couple of years.

The bottom line is that laundry owners want to make sure there are effective detergents available for their customers. We don’t want to see effective ingredients in laundry detergents unnecessarily or unfairly banned or blacklisted. We want to make sure that there continues to be a pipeline of safe and effective products for laundry owners to be able to use and provide for their customers.

Earlier this year, there was some question over the safety of single-load liquid detergent packets. How has the ACI responded to this issue?

Safety is paramount for the detergent manufacturers. Relative to cases of accidental exposure or ingestion of these unit-dose products by children, what it has come down to is that these products – whether in the home or in the laundromat – need to be kept out of sight and out of reach of children.

Typically, it’s been children under the age of 5 who have gotten access to these products. Typically, we’ve seen these unfortunate occurrences in the home, but it’s important relative to coin laundries, too. Often, laundromat customers will have their children with them, and the parents can get busy and become distracted. It only takes an instant – a kid may be attracted to the detergent packet because it looks colorful.

Our detergent manufacturer members have reemphasized their safety messages. In addition, you’ll see enhancing messaging on the products themselves, just to reinforce this safety aspect.

Of course, today’s laundry owners can play a role here, relative to signage they can put up in their stores – “Ensure Safety, Keep Laundry Products Out of Reach of Children.” That type of simple reminder would be extremely helpful, given the fact that parents often bring their kids to the laundromat.

One of the most common problems laundry owners face is “oversudsing” by their customers. And, with today’s high-efficiency detergents, that problem has grown. How does the ACI and its members suggest educating consumers that “less is more” in this case?

Again, perhaps there is some type of signage that can be displayed within the laundromat – or at least on the high-efficiency machines, if there is a mix of different equipment within a store.

It all goes back to the label. With liquid detergents, they typically have fill lines in the cap of the bottle to follow. The cap is the key. This is typically mentioned on the product’s label, but certainly anything you can do to reinforce this message to your customers will be better for your machines and better for your customers’ garments.

What would you like the laundry owners reading this to take away from this interview?

Embrace, acknowledge and educate yourself about the new product forms, because the industry has put a lot of time, energy, effort and resources into these new formats, such as the unit dose. They are hoping this could be the biggest game-changer in the detergent industry since liquid detergent took off in the 1980s.

Of course, this could also have a great impact on the laundromat business. For those who regularly use coin laundries, it’s a perfect product for them. Instead of lugging around boxes of powder or bottles of detergent, they can simply bring along a couple of the small unit-dose packs. That can have a huge impact on the industry.

That said, powders and liquids are still prevalent and are going to be with us for a very long time. But, with this newer format, the detergent industry has really doubled down.

We all want the end customer to be happy and delighted with the finished product – clean clothes. Laundry owners can showcase how much they care for their customers by reminding them about safe and proper use. That’s an important part of customer care, which can accomplish effective, safe laundering and a happy customer.