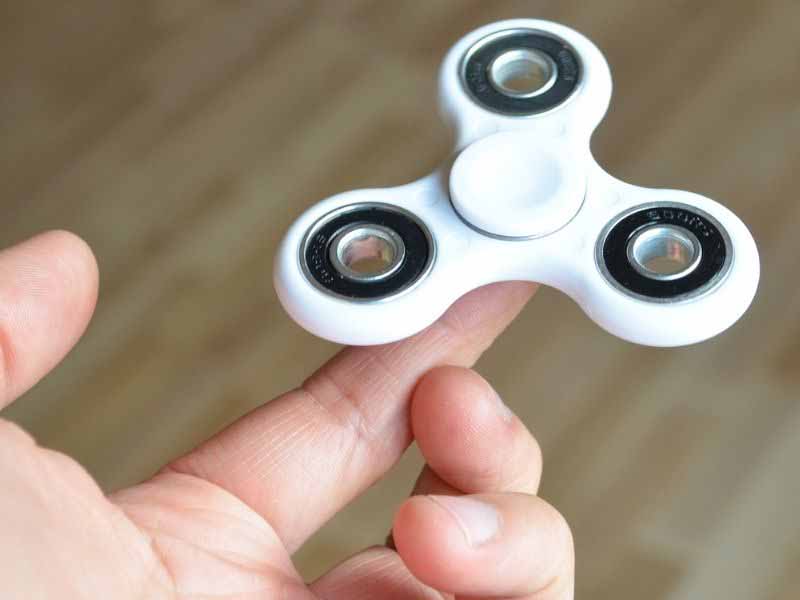 When It Comes to Promoting Your Laundromat, Jumping on the Latest Marketing Bandwagon is Not a Great Idea

It seems like 2017 was decades ago, but it’s only been a few years since the spinning fad took the world by storm – then disappeared to a well-deserved footnote in the history books. Thank goodness, right?

Here’s my point: fads come and go. While some are pretty innocuous and innocent (or annoying), some can be pretty detrimental. Think fad diets. And when it comes to business, a short-sighted fad can lead companies down a path that leads to less growth and less revenue, or even put your reputation at risk.

So, this month, I want to put a few fads under the microscope and see if they’re good for laundry businesses. I’m not saying that all of these will always be bad, but I want to at least advise caution. Let’s dive in…

Buying Leads… At ALL

Winning leads is hard. I get that because, at the end of the day, that’s my job. I have to win leads for laundry businesses in a variety of communities and niches, and it’s… Just. Plain. Hard.

Still, I get the temptation to buy leads. It seems like an easy in/out for your business. In theory, you buy a certain number of leads, and if you convert a certain percentage, you get a return on your investment. It’s simple math.

Except it’s never really that simple. For one thing, most paid leads are completely cold. They have no knowledge of your business, and you’ll likely send your marketing materials into a void. You can’t even know for sure that the leads you’re following need your business. What if they have in-home laundry machines? What if they live in a completely different community? You just don’t know when you’re buying a lead, despite any assurances otherwise.

So let’s stop this in its tracks. There are better ways to win leads – like inbound marketing, incentivized customer referrals and influencer marketing. If 2021 presents an opportunity to pay for leads, run (don’t walk) in the opposite direction.

The social side of the internet seems like it’s built on memes these days. For those who may not know, memes are images (usually tied to popular culture) that present a humorous take on a topic. They’re sort of a shorthand for jokes, and often make references to whatever is going on in the world at large. Go to any popular social site, and they likely represent about 75 percent of the content you’ll see.

So, as a business, the natural inclination is to try to take advantage of their popularity in a way that makes people remember you.

There are a few hiccups with memes in laundry marketing though. One is that they’re always evolving. Many build off of templates and ideas that were popular years ago, and a failure to understand the basic underpinnings can make it hard to create something that resonates. It’s practically a language at this point, and we all know how uncomfortable trying to speak a new language can be.

The complications involved can lead to some fairly uncomfortable and confusing results, such as this meme claiming to feature Bill Nye:

Although the image above tried to tap into popular culture (dabbing and Bill Nye), the execution missed the mark. For one, it’s fairly clear that Bill Nye isn’t in that photo. It’s also puzzling, because why would detergent make one do a popular dance move? The story presented doesn’t make much sense.

When it comes to trying to tap into the humor and culture behind a meme, it’s all too easy to miss the mark. And missing the mark can leave your customers wondering what you’re trying to say, as well as potentially turning them off to your brand altogether.

Of course, there’s always a caveat. If you follow the templates in your spare time and understand the underpinnings of a meme, you can absolutely use them occasionally to bring some humor to your brand. Look at Wendy’s Twitter account – they get it, and they’ve embraced it as part of their brand. My only advice is that, if you use them, do so with caution – and always keep your audience’s needs as the top priority.

I’m just as guilty as anyone when it comes to focusing too much on metrics that don’t mean anything. I used to watch every social post like a hawk to see how many likes and comments came through. But I don’t do that anymore. Why? Because at the end of the day, those pieces of data don’t mean much to the bottom line.

When was the last time you won a customer because they liked your social media post? Or because they saw your banner ad, and your impression count went up? Or even because they received your ad mailer?

You can’t know for sure that any of those instances led to a sale, which is why they’re called vanity metrics. You can get hundreds of likes, thousands of impressions and send letters to every address in your zip code – but, if it’s impossible to trace that to a sale, it’s a vanity metric. They need to stop taking the limelight.

It’s high time that laundromat owners started digging deeper into data to win customers. I’ll share more about how to do this in 2021 and beyond – so be sure to revisit PlanetLaundry for future columns.

And the Next Fad Is…

Let’s be real – no one knows whether the next innovation to come along is going to stand the test of time. There were people who thought the internet would be a passing fad, but look at us now. There are billions of websites, with billions more on the way.

So what’s next? Nobody knows.

But that doesn’t mean we shouldn’t continue to push forward. The future will be built by those who turn over the right rocks and probably make a few missteps along the way. Marketing has evolved tremendously over the last 20 years, and it will continue in the decades to come.

My goal is to continue learning right alongside the laundromat businesses around the world to find out what works – and to then make magic happen. I hope you can say the same!