On Your Best (Financial) Behavior 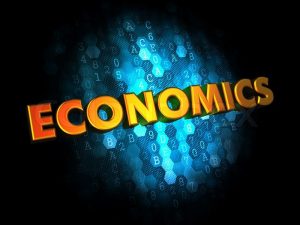 Have you ever heard of behavioral economics? If not, you have now!

But what exactly is it?

In a nutshell, behavioral economics can best be defined as how our individual psychology and emotions – rather than just pure logic – directly impact how we make decisions about money.

It also helps to explain why and how you, as a laundry owner, may sometimes procrastinate or make impatient or irrational financial decisions without being aware of why you’re doing so.

Interestingly, behavioral economics was created by a psychologist named Daniel Kahneman. He was awarded the 2002 Nobel Prize in Economics for his research findings – which directly challenged the prevailing assumption that, when it comes to money, people only behave rationally. A good portion of his research showed the way the human mind erred when forced to make judgements in uncertain financial situations.

Behavioral economics explains the importance of how our individual psychology affects our financial decision making by detailing why our thoughts and emotions can impact our important decisions about money and its use in business, as well as in our personal lives.

Contrary to traditional economics (which states that we spend money essentially according to our practical, logical mind), behavioral economics proclaims that how we actually spend our money is influenced by many factors, such as what others are doing, our past behavior, our early-life experiences, social norms, our personal beliefs and our individual psychology.

For example, three-items-for-the-price-of-two offers and layaway plans grew in popularity because they were successful. According to traditional economic principles, we all experience the same level of “pain” for every dollar we spend. However, in reality, several factors influence how we value a dollar and how much “pain” we actually feel when spending it.

We’ve learned from behavioral economics that often giving something up is more painful than the pleasure we derive from receiving it.

Which of the following would you prefer?

Kahneman’s research shows that peoples’ responses to the above alternatives are different depending on whether the choices are framed as a gain, as in the first example, or a loss, as in the second choice.

When faced with the first type of decision, a greater proportion of people will choose the riskless alternative. While for the second decision, people are more likely to opt for the riskier choice.

This occurs because we dislike losses much more than we like an equivalent gain. In other words, losing something feels more “painful” than the pleasure we derive from receiving it.

I urge you to think about the aforementioned the next time you are planning either advertising or capital expenditures for your laundromat (or within your personal life) and remain cognizant of the behavioral economics principles that apply. At the time of planning, you need to consider how you will feel if the program fails as much as how you will feel if it is successful. In other words, what are the financial and emotional costs of being wrong? And what is really motivating you to undertake these financial steps in the first place.

Human financial decisions are strongly influenced by context. This means that the decision process also is affected by the manner in which choices are presented to us and are subject to our intellectual biases – our intuition, our emotions and the social influences acting upon us.

Traditional economics explains to us that allowing shoppers to delay payment can significantly increase their willingness to buy and that delayed payment works because future payments make the entire process appear less costly.

However, according to behavioral economics research, there also is a less rational reason people like to pay later. We don’t like paying because it hurts. A delay in payment means we can enjoy the purchase while not immediately experiencing the sting of having to pay immediately.

For example, if you install card readers on your machines that enable customers to pay with their credit cards, you likely will expand your customer base, because you’re essentially removing the stinger from the bee.

Here are six practical applications of behavioral economics that you, as a self-service laundry owner, can utilize immediately to make more appropriate and intelligent financial decisions, personally and professionally:

1. Watch out for overconfidence, because you don’t want to get caught up in believing that you’ll do better (or certainly better than average) without much in the way of tangible evidence to back up that belief.

2. Don’t believe everything you read, despite the fact that anything in “formal print,” especially labeling, carries with it the psychological tendency for you to do so.

3. Avoid situations that exceed your level of self-control, because you don’t want make a financial decision that you will soon regret. Conventional economics says there should be no regrets, but behavioral economics knows that regret is definitely real.

4. Don’t follow the herd. Conventional economics assumes that people think for themselves. However, according to behavioral economics, the reality is that people are significantly influenced by what others are doing. When making financial moves for your laundry business, be aware of this principle.

5. Be wary of the “fine print.” Although conventional economics assumes that formal information is essentially perfect and understood by everyone, behavioral economics indicates that the real substance of contracts and other such documents is contained in the fine print – perhaps in obscure language. So, think twice – and get professional advice – before signing any critical document.

6. Get some formal financial education, because behavioral economics has proven that having this type of information can mitigate the hidden human psychological “flaws” that most of us possess.

Basically, behavioral economics can be defined as eliminating the simplifications about the reality of making financial decisions – and focusing on how these day-to-day decisions are actually made in the “real world.”

Believe me, as a small-business owner, this is exactly the world in which you need to reside.