U.S. Mint: No Change to Coins 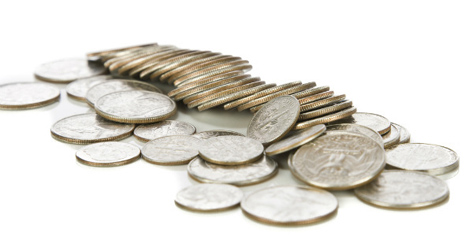 In December 2014, the U.S. Mint submitted its biennial report to Congress regarding its ongoing Alternative Metals Study. The report included a recommendation that no changes be made to the composition of circulating coins. The report goes on to summarize the Mint’s successes in reducing its production costs and its plans to continue research into suitable alternatives for further lowering of those costs.

The content of the report is very welcome to the Coin Laundry Association and the self-service laundry industry, which lobbied aggressively for no changes to the U.S. quarter. In testimony submitted by the CLA, the association shared information on the extraordinary costs and operational challenges that would result from a potential change to the quarter’s composition and the possibility of a new quarter and old quarter co-circulating. Dozens of CLA-member laundry owners also submitted public comments in opposition to changes to the quarter, which were documented in the Mint’s report.

“We are thrilled to learn of the U.S. Mint’s recommendation to make no changes to the U.S. quarter,” said CLA President and CEO Brian Wallace. “The team at the Mint has taken stakeholder feedback very seriously and has made a tremendous effort to solicit feedback from the industries potentially impacted by changes to our coins. I’m proud of all the CLA members who made their voices heard through the public comment process.”

The conclusions reached in the report include the following:

There are no alternative metal compositions that reduce the manufacturing unit cost of the penny below its face value.

Based on the response from stakeholders, the cost to industry ($2.4 billion to $6.0 billion) to accommodate an alternative metal for circulating coins that would change the weight and/or electro-magnetic signature far exceeds the potential savings to the U.S. Mint ($46 million to $57 million).

Stakeholders overwhelmingly recommended that no changes be made to the U.S. quarter.

Based on stakeholder response and Mint research, the Mint should evaluate the potential cost savings of alternative metal compositions that meet the seamless criteria of making no changes to the weight or electro-magnetic characteristics of circulating coins.

The U.S. Mint’s recommendations are important, but ultimately Congress will determine whether changes will be made to circulating coins.

“We will need to remain engaged and vigilant,” Wallace added. “The Mint is planning another stakeholders meeting for early 2015, and the CLA will be there to represent the interests of the laundry industry. If Congress takes on the issue this year, it will be very important for all of us to communicate our concerns to our elected representatives.”

It should be noted that the dollar coin has not been minted since 2011.

The CLA will continue to monitor developments and participate in all opportunities for further stakeholder feedback.