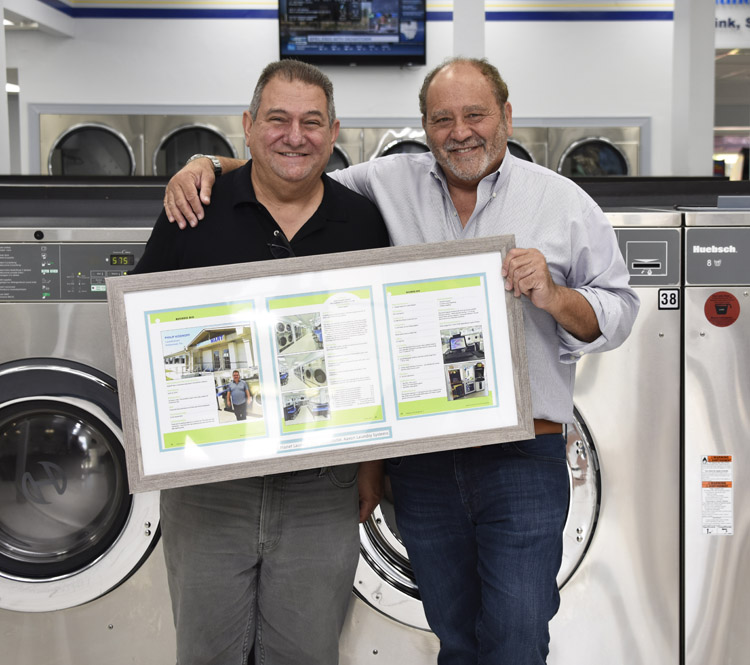 Kodroff was presented his “Laundry Aesthetic Award”by Arthur Lapon, the consultant who worked with Kodroff to open his store, accompanied by Brittany Pettineo and Amber Perkins of Aaxon’s marketing team.

“Phillip Kodroff set his dream on opening a laundromat in south Florida years ago and now here he is today, operating a successful laundry and winning awards,” Lapon said. “We’re very excited for him and his future.”

The site of Kodroff’s laundromat was originally a restaurant turned into a self-service laundry by a previous owner. Although the store had begun to go downhill, Kodroff saw its potential. Over the course of eight months, with the help of Lapon, he rebuilt the facility into a sleek, upscale vended laundry.