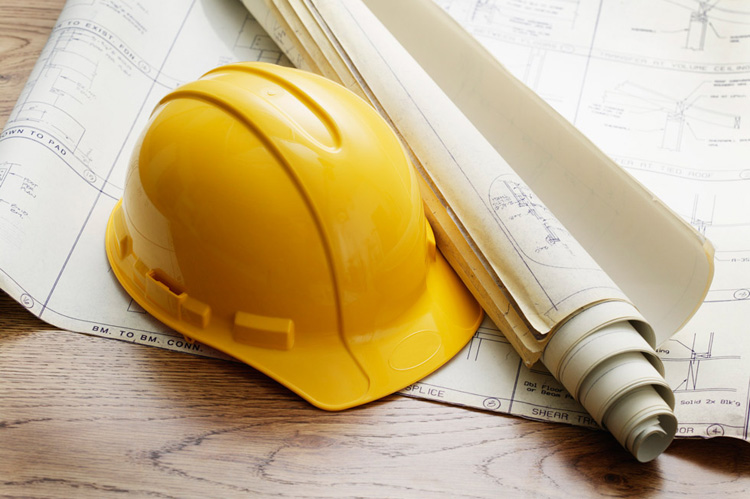 What to Consider When Constructing Your First Laundry Business

The key to getting through the buildout or construction phase of your vended laundry project can be quite simple. Just hire an experienced, licensed general contractor who already has a couple of first-class laundromats under his belt. These days, most good distributors have more than one of these individuals among their stable.

Perhaps not surprisingly, I’ve met owners who, in an effort to save money, initially built their stores “on the cheap,” only to end up spending twice as much as they should have, correcting all of their mistakes. Some mistakes can be costly, while others not so much. However, they all add up, and that money can be best used elsewhere. Also, the long-term effect of those buildout mistakes typically had a negative impact on the businesses.

An example of a simple but costly error is when an inexperienced contractor built a beautiful curtain wall, which hung from the ceiling down to the top of the dryers. The only problem was that the dryers had not yet been delivered and installed in their permanent place. The contractor didn’t realize the installation crew uses a special dolly to easily roll the dryers into place to minimize trauma on the machines, which adds about five inches to their height before settling back down. As a result, the machines were then too tall to set into place.

The owner was concerned about putting the dryers on the floor and sliding each one into place. There were 30 stack dryers and something could have gone wrong. Therefore, the curtain wall had to be partially dismantled and secured while the dryers were installed. As a result, a full day was wasted on that one mistake.

Of course, there are countless similar stories that ended up with far more costly consequences. For instance, one new owner built a large store with several washers but never applied for a new two-inch water line, which was absolutely necessary for his store. After three months of operation, he realized the reason his washers were taking so long to fill (or not completely filling at all) was the one-inch water line servicing the building. Nearly $18,000, a dismal grand opening and throngs of unhappy customers later, his laundry finally had a new and properly sized water line. This anecdote obviously supports the argument of paying a few dollars more to get it right the first time.

With that said, it also pays to be mindful of the possibility of overbuilding or unnecessary building, as it will go a long way toward saving you money during the construction phase. Be sure everyone on your buildout team is on the same page and is sticking to the plan. Yes, there are sure to be some inevitable modifications along the way, but you’re paying the bills and those changes must always be your call.

In addition, visit as many self-service laundries as you can. And definitely be sure to drop in on some of the laundromats that your distributor has built, as this will give you good ideas as to what will and won’t work for your particular store. This is important because the subject of buildouts or leasehold improvements is rather complex and varied. It includes everything from a 3,500-square-foot, rectangular “vanilla box” located in a suburban shopping center with all of the proper utilities already in place to a small, urban storefront sandwiched between two six-floor, walk-up apartment buildings in the middle of a block.

Having a distributor who can provide you with a detailed store layout with the proper configuration and mix of machines for your marketplace, as well as a complete set of architectural drawings for presentation to the building officials in your town, is vital for pulling the required permits and getting your store built on time and within budget.

Also, note that many municipalities will require a fee to connect to their sewer line, which must be paid prior to submitting your plans to the building official, fire marshal and others who need to sign off on your project. This sewer “impact fee,” or “tap fee,” may be a reasonable flat charge based on the size of the water line or water meter coming into the space, or it may be based on the number of washers being proposed. And, unfortunately, this figure can get ridiculously high, such as $4,500 per washer. Many townships and municipalities are still using water consumption data from machines manufactured 30 years ago. Of course, the commercial washers and dryers being manufactured today are light years ahead of the old ones in the area of efficiency.

Clearly, during your search for viable laundry locations, you would have discovered such restrictive impact fees (or even a complete moratorium on new laundromats) long before you moved ahead with building on that site.

Over the years, I’ve discovered a couple of great ways to avoid or mitigate these impact fees. One way is to locate a storefront that used to be a laundromat but has since closed for business. Many municipalities will allow the use of the original fee. However, be very careful and do your homework – there may be legitimate reasons why the original laundromat went out of business in the first place.

The second method is to find a rundown store that’s not making any money in its current condition and has an owner who is willing to step aside for a few dollars, or what I like to call “key money.” In other words, “here is some money, give me your key.” In some cases, the cost of purchasing such a store is far less than the sewer impact fee. Again, do your due diligence with regard to the viability of the particular business and to your own ability to turn it around.

Some years ago, I found an empty old store, which had long since closed. The property owner had been paying the annual business license fee to the town for years, and it remained on the books as a laundromat. The store was in a great location in a county with a ridiculously high sewer impact fee. Yet, when I moved in, I paid nothing.

The laundromat business is considered “mature.” In some markets, there are several stores – and many of them might be older and neglected. If you’re able to find a viable laundry location that’s larger than the existing competition in a municipality with a high impact fee, you can go directly to the head of the water and sewer authority, the town council and the mayor with a compelling argument for reducing that fee.

No doubt, achieving a fee reduction can be difficult, but it can be done. And, if you and your distributor feel a specific location is strong enough, it’s well worth the effort. Also, don’t overlook the fact that many town officials would jump at the chance to have a modern, state-of-the art, full-service vended laundry in their communities, and some might be willing to mitigate their fee.

Next, be sure your subcontractors are well-versed in following the laundry equipment manufacturer’s specifications regarding the proper sizing of the natural gas, electric and water service coming into the store, as well as assuring the proper system for expelling waste water. What’s more, your “tin man” should really know his stuff when properly installing the venting and makeup air for your dryers – they need oxygen to “breath.”

As mentioned earlier, the proper water pressure is important in filling your washers quickly. Gas pressure from the first dryer to the last one – along with venting and makeup air – is vital for proper and efficient operation of those machines. If your customers’ clothes don’t dry in a reasonable amount of time, they will not be your customers for long.

Perhaps must of this seems like common sense. However, it’s your responsibility to make absolutely certain that everyone knows you’re aware of all of these concerns and that you have a business to run long after all of the workers have gone. Their mistake today could become your nightmare tomorrow.

In addition, there are areas of your laundry where you must be actively involved. That’s actually the fun part. Some of these decisions will include the color of your walls, the type and color of your flooring and the design of your front desk or control area, which may include shelving and ample storage for displaying completed wash-dry-fold orders (if that’s a part of your business plan).

You also need to decide on the proper placement of bill changers, snack and beverage vending machines, folding tables, seating units, televisions, your security alarm keypad, light switches, exterior and interior signage, charging stations, trash cans, fire extinguishers and so on. (By the way, if the local code calls for just one fire extinguisher, consider installing two of them. The fire marshal will definitely notice that.)

During the lease signing phase, the landlord will have to approve your exterior signage, which should be shown on your blueprint. You’ll want a lighted sign above the store’s entrance and perhaps a two-sided marquis sign close to the road, if that’s available. It may take a while to build and install these signs, so get them started and installed as soon as you get approval.

Every town or municipality has their own signage codes. Your sign company should get all of the requirements and necessary approvals from the local authorities so that they can begin work immediately. Also, as soon as you begin construction, you should create a large “Laundromat Coming Soon” banner with eyeholes to secure to the front of the building. This is a temporary sign, and in most towns, you’ll need a permit, which can be renewed every few weeks as needed.

The most strikingly visible temporary sign is a bright yellow banner with large red letters. Of course, when you open your vended laundry, be sure to save the banner for your next laundromat.

The next step is equipment installation. Your distributor will have an experienced crew that will install, connect and test all of your machines. They also will set your vend prices. In addition, your distributor will teach you and your staff everything there is to know about your store’s laundry equipment – how many washes, how many rinses, where the soap goes, drying and cool-down times on the dryers, all the bells and whistles, and more. Don’t gloss over this part. The machines being manufactured today are incredibly “smart,” providing customers with a myriad number of options at the press of a button.

The machines can be a bit intimidating to new customers. Make it your mission to neutralize any customer apprehension as soon as they enter your store. This also affords you and your staff the opportunity to personally meet and greet everyone, and to learn their first names. Most people coming from other laundries will find this practice refreshing. After all, everyone would rather do business with someone they consider a friend.

We’ve covered a lot of ground. But now the clock is ticking. So, pin those blueprints to the wall, and let’s start building the laundromat of your dreams!