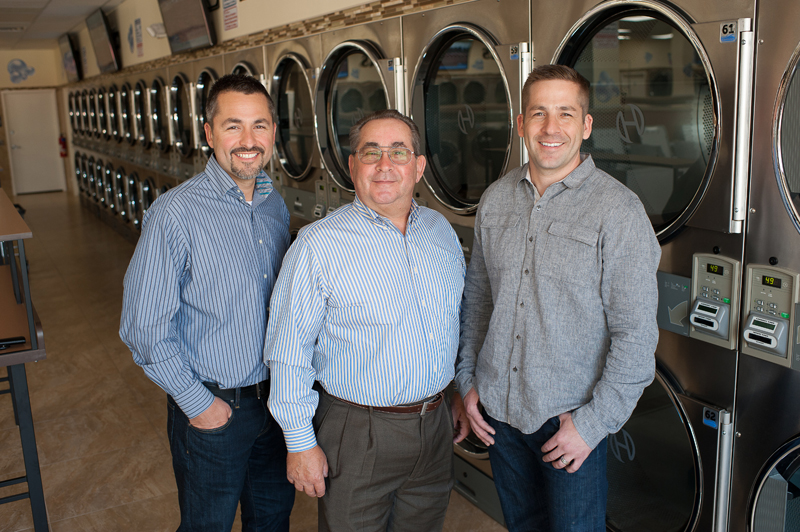 “As with many things in life, time has flown by,” said CCI President Steve Marcionetti. “I remember our first card system install as if it were yesterday.”

Twenty years is no small accomplishment, especially considering the fact that CCI is a small, family-run technology company that exclusively services the vended laundry industry. The company was founded by the Marcionetti family – including Steve, his father Dion, and his brother Andy. The Marcionettis said they were inspired to develop a new product after having experience with other systems that “didn’t fully meet the needs of a progressive store owner.”

Of course, the Marcionetti family wasn’t new to the laundromat business. Prior to the launch of CCI, Dion Marcionetti had been deeply involved in the industry for 20 years through his own distribution company, Laundry Concepts.

LaundryCard, CCI’s initial product offering, was designed to eliminate the burden of coin collection. It was the first product of its kind to introduce a color touchscreen interface with impressive redundancy capabilities for the time.

“It took us about a year to develop LaundryCard, and once we installed it into a few locations in Chicago, we reached out to a few distributor friends in the business to see if they would be interested,” Steve Marcionetti explained. “It didn’t take long to realize that the same issues we had with the available products at the time were also issues for others, and LaundryCard seemed to fit the need and grew in popularity.”

Since 2000, LaundryCard has been installed in more than 1,200 laundromats across the U.S. and is still one of the company’s most popular products.

In 2012, CCI launched its second product called FasCard, which was designed to help bring credit and debit card acceptance to existing coin-operated machines.

“Credit and debit card acceptance was becoming more mainstream in all kinds of small business,” Marcionetti noted. “It was a good time to introduce an offering specifically designed for laundromat owners who wanted to add credit cards without eliminating coin acceptance.”

FasCard evolved quickly and is currently on its second iteration. The F2 card reader is the first of its kind color, touchscreen-enabled payment device for laundry equipment, according to the company.

Since its inception, FasCard has been installed in more than 1,500 locations nationwide.

And innovation has not stopped at CCI. In fact, last year the company unveiled its latest offering – the FLEX system, which provides a coinless operation to owners using wireless card readers and cloud-based technology. As the name implies, the FLEX system is flexible, offering a cost-effective solution based on the desired functionality. Loyalty cards, credit/debit cards, mobile apps and NFC payments are all possible with FLEX.

Although CCI prides itself on quality and innovation, Marcionetti is quick to point out that the company’s reputation comes from its dedication to customer support.

“When we started CCI, we knew we had to be available when store owners needed us, so we have always provided 24-hour technical support 365 days a year,” he said. “Laundromats are weekend and evening businesses, so it only makes sense that we would have support available during those times. Everyone at CCI has the same customer focus that I had when we first started the company, and it’s our commitment to patience, availability and reliability that has helped us form such a loyal distribution and customer base.

“I’m proud of the past 20 years, but even more excited about the future,” Marcionetti added. “Even with all of the new options that are now available for payment, very few vendors can show 20 years of commitment to this industry. We are in it for the long haul and will be there as the business evolves, always committed to our customers.”