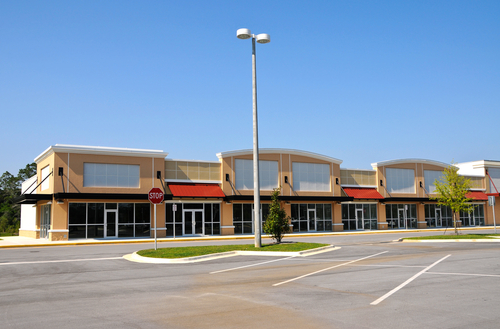 The purpose of the ICSC is to advance the shopping center industry and to promote its role in the commercial distribution of consumer goods and services through educational programs and publications covering all aspects of shopping center development, finance, management, marketing and other specialized areas. In addition, the council conducts meetings and other programs designed to promote the exchange of ideas among members, as well as collecting and disseminating information pertaining to the shopping center industry, including statistical data and other statistical research.

ICSC Director of Communications Jesse Tron and Media Relations Coordinator Noelle Malone recently fielded questions from PlanetLaundry as to the current state of the shopping center industry, as well as what laundry owners can expect in the future.

What’s the overall outlook for shopping centers for the rest of this year and heading into 2016?

Jesse Tron: At the beginning of the year, from a retail perspective, it was sluggish. We’ve been working back from that. Things have picked up substantially in the second half of the year. Weather was such a dominant factor with regard to retail sales in the beginning, especially in the Midwest and the Northeast.

Occupancy from a shopping center standpoint is still holding very strong. What we’ve seen since the recession is slow and measured growth, year over year.

I anticipate this trend will continue, as we finish up 2015. From a shopping center health standpoint, we’re going to continue to see that growth into 2016.

I think we’re going to continue to see this as a redevelopment market, as opposed to a new development market. I don’t see a lot of new space coming into the pipeline for 2016. I don’t think we’re quite there yet. However, we’re getting there; there is some pretty substantial upward pressure on rental rates in certain markets. And, as the rest of the country catches up to that, I think we’ll start to see the need for new space.

But, right now, the majority of the new space is being added as part of redevelopment projects.

What are the vacancy rates for shopping center strip malls?

Jesse Tron: Strip malls were hit harder by the recession that other segments, simply because of who the typical tenant is. If you’re a larger format property, you tend to have national or at least regional retailers as tenants. As a result, they’re able to weather downturns far better than mom-and-pops, which usually make up the majority of the strip center category.

Noelle Malone: The International Council of Shopping Centers and the National Council of Real Estate Investment Fiduciaries reported on property data results for 2014, and they found strong growth in the U.S. shopping center industry with year-over-year growth in occupancy rates, rents and net operating income.

In addition, shopping center base rents rose 6.5 percent year-over-year in 2014, the third consecutive annual gain and the strongest level since 2008. For the mall segment, base rents rose 17.2 percent in 2014, marking the strongest annual gain since the ICSC and the NCREIF began tracking the data series in 2000; and it increased 15.3 percent in the fourth quarter of 2014 year-over-year, making it the fifth consecutive quarter with a double-digit gain.

Is the tenant mix shifting within strip malls?

Jesse Tron: There is shifting within those smaller, strip community/neighborhood centers. Basically, the consumer has two trips now. They have the “experience trip,” which is a longer trip that’s usually done with friends and family and is typically to a mall or a lifestyle center and probably involves some sort of dining or entertainment. Then, you have the “convenience trip” – and this may be multiple times a week. Those trips are to centers closer to where they live, and probably involve either the drug store or the grocery store, and they also could involve going to a laundromat.

Noelle Malone: As Americans have changed the way they socialize and spend free time, so too has the American shopping mall reinvented the consumer experience. Today, the shopping center is not just a place to shop; it’s an entertainment destination for quality time with friends and family.

The “shopping center” of yesterday is quickly transforming into the “consumer center” of tomorrow. Of course, that doesn’t mean the demand for traditional retail isn’t still strong – rather the services, along with dining and entertainment options – are enhancing the traditional tenant mix.

Shopping centers are becoming experience centers. Non-retail, non-restaurant tenants in shopping centers are on the rise, and the industry is enhancing its traditional tenant mix with consumer service tenants that include grocery stores, doctors’ offices and salons. Fueled by consumers’ desire to engage in social and community-based activities, more entertainment options are also being added to broaden the appeal of the center as a consumer’s destination and not just a shopping destination.

Jesse Tron: Within the strip center category, the three largest trends are the increased importance of convenience, the rise of the healthcare tenant and the rise of the fitness-related tenant. Those are the big three.

Noelle Malone: The ICSC presented Envision 2020, a global collaboration outlining where retail real estate is headed, at its annual retail real estate convention RECon, which was held this past May in Las Vegas. The initiative is a result of a widespread survey conducted in North America, the Middle East, Latin America, Asia Pacific, Europe, and Africa. This survey asked industry leaders what they think will be the top trends and what the industry will look like five years from now.

This ongoing initiative, fueled by extensive research and expert insight, outlines the following eight topics that are expected to shape the future of commercial real estate:

• The unification of bricks-and-mortar and online – positioning shopping centers at the apex of the omni-channel movement, merging integrated digital channels with renewed physical space and cohesive social media strategy.

• Flexible center formats incorporating distribution sites – the evolution of centers into a direct-to-consumer distribution stream, embracing a physically, technologically, and legally flexible format that fulfills both bricks-and-mortar and e-commerce demands.

• Conversion of shopping centers into communities – the transformation of traditional centers into a community, where retail and entertainment offerings are seamlessly integrated; the lifestyles of respective key demographics are emulated; and an increased range of tenant mix and non-traditional retail components are offered.

• Emergence of a new blended rental model – the revaluation of the rental model into a flexible system that includes both online and in-store sales, revising how rent is calculated and sales data is reported.

• Arrival of a retail-friendly investment outlook – lenders will become more knowledgeable and interested in the emerging retail real estate sector, resulting in a higher level of consideration throughout the investment community.

What statistics should a self-service laundry owner look at with regard to building a store within a specific shopping center?

Jesse Tron: The metrics that I look at when I want to know about the health of a particular shopping center are occupancy and net operating income. To me, that’s the biggest thing. I look at that way more than I look at center traffic – because, in today’s day and age, the way consumers shop is totally different than it was when a lot of these centers were conceived of some 30 to 50 years ago.

Most centers now have websites; or, if they don’t, all of their tenants are discoverable on Google. Businesses and services are far more discoverable for consumers. As a result, consumers are more targeted in how they shop. They don’t necessarily walk into an anchor and then discover all of the other inline tenants. They simply go directly to whichever tenant they want to. The concept of an anchor is changing.

Therefore, net operating income tells you how profitable a center is. And, to me, that’s more important than how many people come to the center. After all, if you have a bunch of people coming through but nobody is buying anything, what’s the point? It’s not necessarily about the number of eyeballs; I want them to spend money.

Of course, laundry owners also should look at the traditional market demographics. What’s the median income in the trade area? How many people live within the given trade area? That’s always key information.