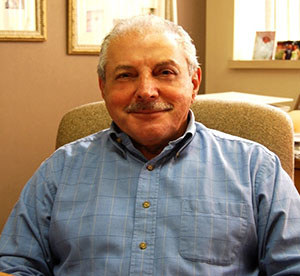 Don Tomasian, the founder of Chicago-based D&M Equipment Co. and a 50-year veteran of the commercial laundry industry, has announced his retirement.

Tomasian got his start in the industry as a service technician for Norge. Shortly thereafter, Norge offered him their distributorship – and D&M Equipment was formed.

In 1972, Wascomat founder Bernie Milch presented Don with the opportunity to represent the Wascomat line in Illinois. And, over the next 20 years, Tomasian helped grow the self-service laundry industry in the Chicagoland market. In fact, he built more than 200 laundries – which included some of the largest and most progressive stores in the country – solidifying his status as one of the most highly regarded equipment distributors in the U.S.

In 1996, Tomasian was offered the Dexter distributorship, with the first four Dexter-equipped stores he built being for the Spin Cycle chain. Since that transition, D&M Equipment has received Dexter’s Million and Multi-Million Dollar Sales Achievement Award in each of the last 20-plus years.

In 2005, store owner Tom Benson called on Don to manage the rebuilding of the World’s Largest Laundromat, which had been completely destroyed by fire. The store, located in Berwyn, Ill., is now one of the highest-grossing laundries in the world, featuring more than 300 machines.

Such achievements have earned Tomasian the reputation as one of the foremost experts in Chicago market. And, in 2010, the Coin Laundry Association named him to its list of the 50 most notable people in the history of the self-service laundry industry.

With Tomasian’s retirement, his nephew, Joe Frankian, has taken over as D&M’s new owner and president. Frankian joined the company 12 years ago as a sales manager.

“I will maintain the strong standards and traditions that Don has left in place,” Frankian said. “D&M will grow upon its solid foundation moving forward.”

And, while Don has helped many successful businesspeople get started in the laundry industry, these days he looks forward to engaging in his hobbies and spending time traveling with his wife, Jean.