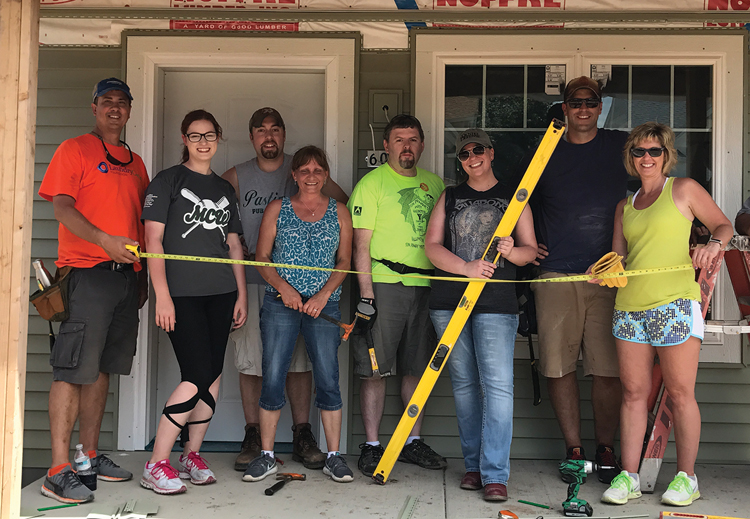 Continental Girbau Inc. employees recently contributed to a Habitat for Humanity project near the company’s headquarters in Oshkosh, Wis. Two Continental teams donned hard hats and tool belts in an effort to build an ADA-compliant twindominum to accommodate two special needs families, according to Christine Skupus, director of finance administration for Continental.

“Continental’s Executive Committee has donated financially to Habitat for Humanity for several years, but we wanted to take those contributions a step further,” she said. “As a work family, we feel very blessed and wanted to help others who aren’t as fortunate.”

In doing so, the Executive Committee launched a more aggressive and ongoing philanthropic campaign to give back to the Oshkosh area community and those in need. A third group of Continental team members is set to help Habitat again in August.

“One home is being built for a family of five with a teenager with cerebral palsy,” Skupus explained. “The other home is being constructed for a single mother with two children under the age of two. Her adopted nephew has sickle cell syndrome.” 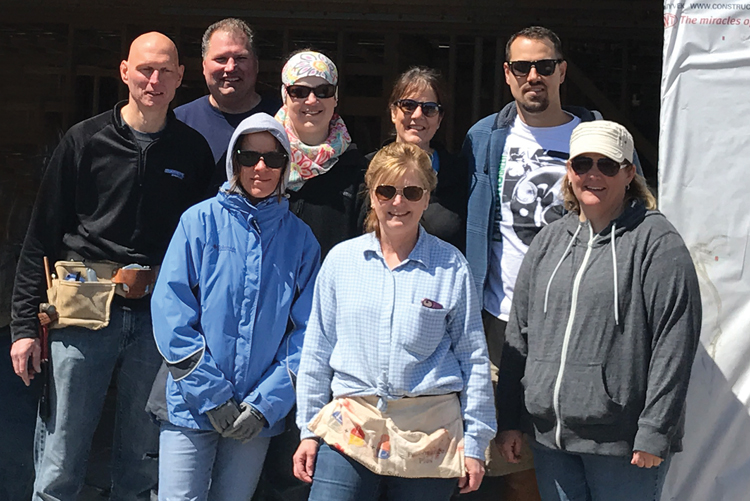 Habitat works in 1,400 communities across the U.S. and in approximately 70 countries, and has helped 9.8 million people achieve strength, stability and independence through safe, decent and affordable shelter.

Continental Accounting Clerk Kim Kallas enjoyed working with her co-workers on the project.

“It made me feel good to be part of a company that is involved in the community and helping others,” she said. “It was nice to work with others in the company who might not work together on a daily basis. I can’t wait to do it again.”

Already making plans for the holiday season, Continental has launched a companywide campaign for The Salvation Army‘s Adopt-A-Family. This holiday program is designed to assist families who are in crisis as a result of unemployment, homelessness, medical issues or other difficult circumstances, and who otherwise wouldn’t have the resources to celebrate the holidays. Families who are adopted are provided with food, clothing and gifts from their sponsors.

“The company has contributed to the program for the past two years,” Skupus said, “but now we are actively getting everyone involved here. We will have fundraisers over the next several months so that we can purchase holiday gifts for families in need.”