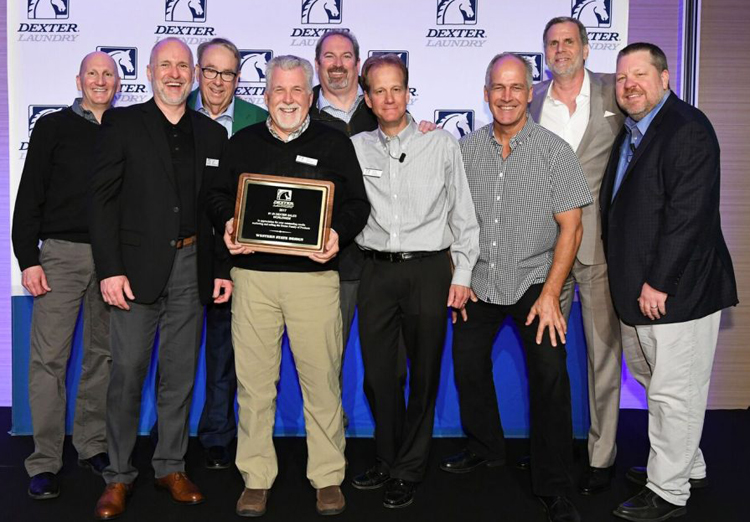 Dexter Laundry recently recognized Western State Design at the manufacturer’s annual conference and awards ceremony, which was held earlier this year in Rome, Italy. The California-based distributor received top honors for its prior-year sales performance. In all, the WSD team was presented the following awards:• Chairman’s Award: Western State Design received this award for the fourth consecutive year, and the fifth time overall.• President’s Award: WSD earned this honor for the seventh straight year.• Top Dexter Sales Producer, Worldwide: The distributor took home this award for the 11th consecutive year.• Record-Setting 2017 Dexter Laundry Equipment Sales“We are pleased not only to be recognized for our ongoing sales achievements, but also to be able to work with such a well-run company, staffed with top-notch employees,” said Todd Hyrn, vice president of Western State Design. “Year-in-year-out, Dexter continues to innovate – producing durable, efficient commercial washers and dryers that our customers can depend on to help them achieve business success. Our customers especially appreciate the DexterLive technology that allows them to manage their laundromat operations from anywhere, on any mobile device.”