Forced to Take a Fresh Look at His Laundry Business, the Author Gained an Entirely New Perspective on His Overall Operation 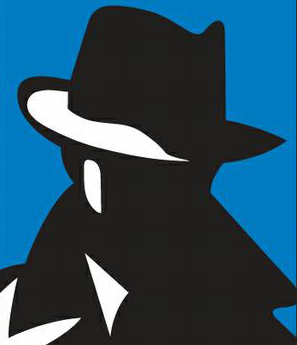 When is the last time you went “undercover?”

No, I’m not suggesting you sneak into one of your competitor’s laundries, pretending to be a customer. Rather, I’m referring to the TV show “Undercover Boss.” If you’re not familiar with this series, it typically portrays a CEO or president of a corporation going “undercover” by working anonymously in an entry-level job within the company he or she manages.

Of course, the boss invariably commits boneheaded mistakes like backing the company delivery van into a customer’s vehicle or something just as egregious, and the fellow entry-level employees (as well as the audience) find the whole experience hilarious. Depending on the particular episode, the boss also may connect emotionally with some of the entry-level employees and perhaps do them some type of favor to improve those employees’ personal situations or to help a cause the employees are committed to, such as a certain charity.

OK, so what does “Undercover Boss” have to do with the laundry business? Well, it just so happens that immediately following the recent Clean Show in Atlanta, my supervisor, who also attended the show, had an unexpected death in the family. Therefore, after having been out of town for several days and with no preparation, I was thrust into a role not unlike those on “Undercover Boss.” I certainly don’t want to downplay this unexpected death because it was undoubtedly a very tragic loss, but it literally turned our entire organization on its head.

Yes, our supervisor does take time off, but in those planned instances, we can prepare and the transition is relatively seamless – and the supervisor is also available by phone, if I run into a big problem. But, in this instance, there was no preparation and having just come back from Clean 2015 we were still trying to catch up from having been gone for several days.

And, no, I was not anonymous to my employees – I do actually work in my laundries, although not every day. However, in this case, we had one new hire I had met only once the week before, and we still had one job opening unfulfilled.

So what happened? Everything! Within a period of six days, I had an employee quit; I had another call in sick at 6:00 a.m. for a morning opening shift, which I personally had to cover; l had an employee snap off a key in the lock, which had to be extracted; I had another employee accidentally lock herself out of the building late in the evening before the alarm was set, requiring me to make a one-and-a-half-hour round trip drive to one of my laundries and… well, you get the picture – it wasn’t pretty.

And, just like the CEOs on “Undercover Boss,” yours truly committed plenty of mistakes. As former Texas Governor Rick Perry once said, I “stepped in it” a few times. For example, I forgot to make sure that some commercial wash-dry-fold loads were completed on time before a delivery. And I also forgot to make a weekend delivery. As a result, I had to get up at 3:30 a.m. to personally make the commercial delivery the next day at 5:00 a.m. for the one we missed the day before. Plus, we lost the weekend delivery account – a daycare center, which needed the sheets for infants. Both the babies and I cried over that one!

I also had to juggle the employee schedule, which changed three times that week, as we hired new employees and watched another quit. By the time my supervisor came back to work, everyone was thoroughly confused – and, sure enough, on that first day back no one came in to work one of the evening shifts, and my supervisor was ready to skewer me because she thought she was going to have to cover it.

Reflecting back on the “Undercover Boss” show, I told her I took full responsibility for the mistake, and I would personally cover the night shift, but luckily we found someone else to cover that shift at the last moment. (I am not sure if that employee took more pity on me or the supervisor, but I am truly grateful.)

Whew! After all that, I was ready to admit myself to the daycare account we lost and crawl into a crib for a week and sleep in the fetal position! But, in all sincerity, my “Undercover Boss” experience opened my eyes to several problems we had managing my laundries, and it led me to emotionally connect with my supervisor by empathizing with all of the issues and challenges she faces every day. I now have a much greater respect and appreciation for all she does for our self-service laundries.

In our case, the business has grown to the point where I know – thanks to my “Undercover Boss” experience – the supervisory workload for two locations is so great that we are now in the process of hiring a second supervisor… one for each of our stores. In addition to their daily responsibilities, each supervisor will cover for the other, such as when an unexpected personal situation requires their full attention, as well as by taking turns with one supervisor handling the early morning responsibilities at both locations and the other taking care of the evening responsibilities at both laundries. In addition, they will each have one weekend day being responsible for both locations, while the other is off that day.

Of course, your situation may be quite different, and you may think you are the perfect boss. But I challenge all laundry owners to at least pretend to be an “Undercover Boss.” Are your laundries organized properly? Do you have the right employees in place to perform the tasks you expect of them? Are the tasks realistic? Do you have a contingency plan when something unexpected happens to a key employee? Are you prepared for an unforeseen event, such as a natural disaster or the loss of your utilities for an extended period? And when is the last time you connected emotionally with your employees and actually empathized with or truly appreciated all they do for you?

Even laundry owners like me can inadvertently become an “Undercover Boss” who may be too removed at a “bird’s eye view.” It’s easy to fall into the trap of being too critical of your employees and not appreciating the many positives they bring to your business. And, although you may be a great boss who truly values your employees, if you go “undercover,” chances are the experience will make you a better manager.
#HumanResources #Public #PlanetLaundry #Article #FeaturedArticle #BusinessManagement