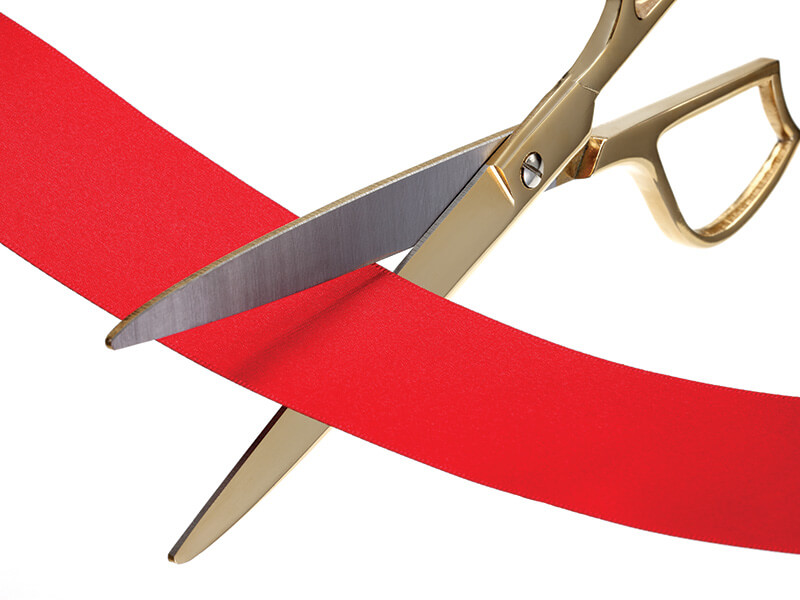 For the grand opening of its Canadian flagship location, Lululemon – the popular yoga-inspired athletic apparel company – offered free merchandise to the first 30 people to run naked through its new retail outlet. As you can imagine, the media was all over this promotion, and the buzz that was created is still driving business 12 years later.

No, I’m not suggesting that you entice your customers to strip down – but be creative nonetheless. The whole purpose of this exercise is to let as many people as possible know that you’re open and to show them why you’re the best choice for doing laundry in the neighborhood.

Don’t be afraid to go a little “over the top.” Perhaps consider a live remote broadcast with a local radio station or a DJ, a food truck or hotdog cart, face-painting, cotton candy and snow cones (weather permitting, of course ). Maybe enlist some talent from within the community – such as high school singers, bands or dance school performers. Try to include as many local individuals as possible, as they will help to promote the event to their friends and relatives.

Much like voting in Chicago, your grand opening specials and giveaways should be done “early and often.” Even before the event, give away free washes to everyone within three feet of you. Seriously.

At the opening, I favor the idea of raffles every hour, with a free wash (to be used in the future) as the prize; this way the winners have to return. Give away several of these per hour. Also, award three large prizes, like flat-screen televisions. For example, give away one TV at the start of the event, one toward the middle of the day and the final one at the very end. This will help keep the excitement level high throughout the day.

Again, creativity is the key. Maybe offer free swag to anyone who shows up with just one sock (because the other one got lost in the dryer) or anyone who hasn’t done a load of wash in three weeks or anyone with more than four bags of laundry. You get the idea.

Vended laundries are well served to give away the house during their grand openings. Free washers, free dryers, free soap, etc. Everyone loves “free.” The point is to get as many people into your store as possible.

In addition, whatever your “hook,” let everyone know about it – on the evening news, in the local newspaper, on Google AdWords, on Facebook, at local religious centers, through print flyers, in radio ads, on Craigslist, at the local police department, at local schools and so on.

When you’re giving away stuff for free, not only do people like it, but they also tell their friends. And, yes, word of mouth is still the best advertising, with Google and Yelp taking second and third place, respectively.

Clearly, planning and preparation are critical to most successful ventures. Laundromat grand openings are no different. So, be very careful when selecting a date for your event. I suggest choosing a Saturday, six weeks after the “soft open.” Make certain there are no conflicting sporting events, concerts or local happenings in your town that will impact your attendance.

And whatever you’re thinking about budgeting for your grand opening, double it… at least! This is your store’s coming out party. You only get one chance to make an awesome first impression. Your plans should include a strong budget for the following three months so that you can leverage the buzz you’ve created.

Above all, make a lot of noise! And don’t ever think: “What if too many people show up?” I’ve never heard a laundry owner complain that he or she had too many customers on opening day.

It's Not About You, Tom
Spynnyng a New Web
Broadcasting Your Brand