Smart Moves for Your Money in 2016 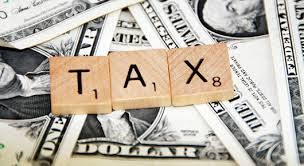 In my opinion, the best tax shelter that exists is a retirement plan.

Personally, I view retirement plans as a license to steal. All that’s missing is the mask and the gun. You take money from the left pocket, put it in the right pocket and deduct those same funds as an expense prior to computing your tax. Do you remember when Mitt Romney ran for president? He was reputed to have $100 million in a retirement account. Those are funds that have not yet been taxed. They will never be taxed until distributed. Money in a retirement account (with some exceptions for IRAs) also can’t be reached by creditors. To this day, the Goldmans have never been paid on their judgment against O.J. Simpson, because Simpson has unreachable assets in a retirement account.

There are huge differences between the various plan types. Often, with judicious planning and proper setup, multiple types of plans can be combined, allowing higher deduction limits. For example, it’s common to see 401(k) plans in combination with profit sharing plans. The more you can sock away, the bigger the tax savings. There are highly complex laws that govern the various plans, not the least of which are anti-discrimination provisions. As used in this context, discrimination refers to disparate coverage, which is covering the company owners and executives while failing to cover the lower rung employees. It’s even possible to beat some of the discrimination provisions through reliance on safe harbor provisions built into the law.

Defined benefit plans provide for the highest contributions. I’ve had several clients put away $500,000 in a year. Annual contributions of $100,000 to $200,000 are commonplace. This type of plan works best with older owners and a younger workforce. I will stop here because explaining the differences between the various types of retirement accounts is beyond the scope of this article. Suffice it to say that if you think you may be a candidate for a plan, I urge you to sit down with a pension plan specialist. The tax saved more than justifies the small setup and annual administration fees charged by these professionals.

Another great way to save on taxes is to employ one’s minor children. It can’t be a sham transaction that exists on paper only. The children have to actually perform work for the business. However, that work could be bookkeeping, stocking vending supplies, cleaning the store, processing some wash-dry-fold, fixing broken equipment, etc. If the business is unincorporated and the child is under 18, no payroll taxes are due.

There is an exception in the law that permits a parent to employ a child without incurring payroll taxes. Furthermore, the child is allowed his or her own standard deduction ($6,300 for 2015). Since the wages are deemed “earned income,” they qualify the child to make a tax deductible IRA contribution ($5,500 limit in 2015). So, using the 2015 law limits, the child could earn $11,800 without paying any tax. If the child chose, instead, to open a Roth IRA rather than a regular IRA, the child would incur only $550 of income tax. Not a bad deal – sock away $5,500 in one’s teen years that can earn income tax-free for 40 or 50 years – and all for an upfront cost of only $550.

That is the child’s side of the tax equation. The deal is sweeter yet on the parent’s side. The parent would immediately deduct the $11,800 at his or her existing tax rate. Even at the nominal 15 percent tax bracket, the parent would save the 15 percent plus the 15.3 percent self-employment tax; so, roughly a 30 percent tax savings on $11,800 – or approximately $3,500. This presupposes that the store owner lives in a state without a state income tax. If the resident state has an income tax, the savings on state income taxes would be on top of the $3,500.

CPAs love S corporations. And with good reason. An S corporation pays no income taxes. It’s a fiscally transparent entity, meaning that the results from the S corporation flow directly to the owner’s individual tax return. The C corporation does not pay income taxes; however, S corporations afford the stockholder/owner a marvelous way to save payroll taxes. Do you really care what you call a tax – income tax or payroll tax? The end result is the same – they are forced extractions from your pocket.

When should this form of business entity be considered? In those instances where the business is operating as a sole proprietorship or a partnership and throwing off taxable income, you are a candidate for an S corporation. Similarly, if your depreciation and/or interest on debt service is burned out or nearing its end and the result will be a large increase in taxable income, an S corporation structure should be considered.

Again, “reasonable” is subjective. Clearly, zero compensation is unreasonable; probably so is $10,000 or $20,000. On the other hand, $100,000 would almost inevitably be excessive. The IRS would be elated were one to take $100,000 in compensation, since the taxpayer would have paid payroll taxes on the entire $100,000. I suggest you pay the devil his due. Don’t try to be a pig and avoid 100 percent of the tax. Take “reasonable” compensation. A small loaf is better than none at all.

Let’s look at an example:

Assume that a comparable laundry manager would earn $40,000. That would then constitute reasonable compensation. So, if the store was throwing off $100,000 of cash flow, the owner could take compensation of $40,000 and a “distribution” of $60,000. That puts the same $100,000 in his or her pocket that would have been there under the old sole proprietorship form of doing business. However, only $40,000 would be subject to 15.3 percent Social Security and Medicare tax. The remaining $60,000 would be free of this 15.3 percent burden – and $60,000 multiplied by 15.3 percent equals $9,180.00 savings. Not too shabby. So, while there would be a cost to incorporate, as well as annual Secretary of State fees, potential state income taxes and tax preparation costs, the tax savings will still be substantial.

The final tax tip relates to understanding the essence of tax planning. The goal should be to pay the least amount of tax over the longest period of time. The goal is not to eliminate one’s tax entirely; they have names for people who attempt this – they’re called felons. The way to save on taxes is to pay taxes. Counter intuitive but true. Let me explain:

What expense in the self-service laundry industry is fully controllable? Answer: depreciation. If you buy $100,000 of equipment, you can elect to expense some or all of it (as of the writing of this article, the ceiling on Section 179 expensing has dropped to $25,000 from $500,000 in 2014). If you don’t expense some of the equipment, you can depreciate it over five years (the MACRS life) double declining balance method, or elect five years straight line or elect nine years straight line (this is referred to as the Alternate MACRS life). Lots of options. Why over-depreciate the equipment if you don’t need the tax shelter? Would you really want to waste depreciation at the 15 percent tax bracket?

For example, assume married filing joint and net taxable income of $100,000 without considering depreciation on new equipment. Let’s further assume that you purchased $125,000 of laundry equipment in the middle of the year. What would I do? I would not expense any of the equipment. I would take first year depreciation of $25,000 ($125,000/5). That would take my taxable income down to $75,000, only $100 into the 25 percent bracket. Great result. However, if my income was fairly steady and predictable year to year, the following year my depreciation would be $40,000 and my taxable income would be $60,000. I would have sheltered $14,900 of income at the 15 percent bracket. I think that is a terrible waste of depreciation.

You need not remember the example or the math. You need only remember this axiom – optimize your tax; don’t minimize it or eliminate it.

(Editor’s Note: Since this article was written, the Protecting Americans from Tax Hikes Act of 2015 was passed – permanently expanding the Section 179 deduction limit to $500,000 from the previous $25,000. In addition, 50 percent bonus depreciation will be extended through 2019. Businesses of all sizes will be able to depreciate 50 percent of the cost of equipment acquired and put in service during 2015, 2016 and 2017. Then bonus depreciation will phase down to 40 percent in 2018 and 30 percent in 2019.)

Marketing Your Laundry
Caught on Camera
What Does My Gas Bill Mean?