To Disclose or Not Disclose 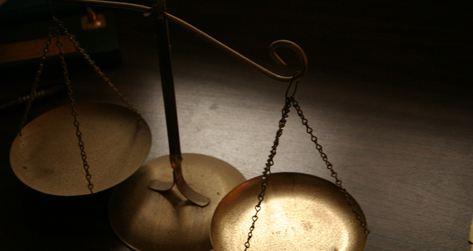 What should be said about a former employee when you receive a call from a prospective new employer requesting information about the employee’s performance?

The defendant had advised the prospective employer that the plaintiff “was erratic in work hours, brought her personal problems to the office, had married another employee of defendant and caused that man to have a mental breakdown, and contradicted plaintiff’s reason for leaving defendant’s employ because of excessive overtime hours by saying that plaintiff never worked overtime.”

At the time of trial, plaintiff was able to demonstrate to the jury that each of the statements was false and was mentioned for the purpose of preventing plaintiff’s future employment. The jury awarded compensatory damages and trebled those damages pursuant to the California Labor Code.

Although intentional sabotage of a former employee’s employment future may not be a frequent occurrence, inaccurate or incomplete disclosures are common. As a result, many employers choose to provide a letter of reference that sets forth only dates of employment and positions held.

Can an employer ever be faced, however, with an affirmative duty to disclose?

In a recent California action, a 13-year-old girl was sexually molested by a school vice principal. In the aftermath, she brought an action against other school districts and their employees, alleging that the defendants had written letters recommending the vice principal without divulging a history of sexual molestation.

The letters of recommendation contained unreserved and unconditional praise for the former employee, despite their knowledge of complaints or charges of sexual misconduct with students. The complaints included “hugging some female junior high school students, giving them back massages, making `sexual remarks’ to them, and being involved in `sexual situations’ with them.”

The recommendation provided by one of the school districts affirmatively observed that the vice principal was “an upbeat, enthusiastic administrator who relates well with the students” and who was “in a large part” responsible for making the campus “a safe, orderly and clean environment for students and staff.”

The California Supreme Court observed that “the general rule is that all persons have a duty to use ordinary care to prevent others from being injured as a result of their conduct.” In determining whether or not a duty to disclose exists, the court notes that the “foreseeability of a particular kind of harm plays a very significant role…”

In concluding that “the assault was reasonably foreseeable” and that a “causal connection [might exist] between defendants’ conduct and the injury suffered,” the Supreme Court determined that in situations involving a risk of physical injury, a duty to disclose exists.

In a federal action decided by the Ninth Circuit Court of Appeals [States of Alaska, Arizona, California, Hawaii, Idaho, Montana, Nevada, Oregon, and Washington] a former employee brought an action against General Electric alleging libel. The employee had apparently resigned and was given a letter by the company in which his various positions were set forth in detail. The letter contained “glowing” references to his personality and ability and concluded “with hope for his success in the future.”

When called upon to comment upon the employee by prospective employers, General Electric essentially set forth the term of service and positions held. The responses also stated, “insofar as I can determine from his records, we would not be prepared to consider him for re-engagement.”

The Ninth Circuit rejected the claim of libel observing: “Silence is not libel. A perfunctory answer to an inquiry is not defamation.”

“A former employee cannot force an employer to give him a favorable recommendation, even if the records show all of the facts [which would support such a recommendation]. The mere fact that a prospective employer might draw inferences from silence or a perfunctory answer is of no assistance to [the employee].”

[This column is intended to provide general information only and is not intended to offer specific legal advice. If you have a specific question regarding the law, you should contact an attorney.]

Your Store
Back to Basics
Business Bio: In & Out Laundromat