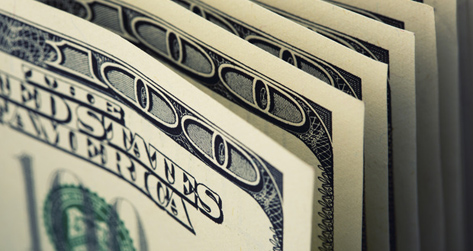 The Great Recession, fueled by the crises in the housing and financial markets, was universally hard on the net worth of American families. But even as the economic recovery has begun to mend asset prices, not all households have benefited alike, and wealth inequality has widened along racial and ethnic lines.

The current gap between blacks and whites has reached its highest point since 1989, when whites had 17 times the wealth of black households. The current white-to-Hispanic wealth ratio has reached a level not seen since 2001.

Leaving aside race and ethnicity, the net worth of American families overall held steady during the economic recovery. The typical household had a net worth of $81,400 in 2013, according to the Fed’s survey – almost the same as what it was in 2010, when the median net worth of U.S. households was $82,300 (values expressed in 2013 dollars).

The stability in household wealth follows a dramatic drop during the Great Recession. From 2007 to 2010, the median net worth of American families decreased by 39.4 percent, from $135,700 to $82,300. Rapidly plunging house prices and a stock market crash were the immediate contributors to this shellacking.

Analysis of Federal Reserve data reveals a stark divide in the experiences of white, black and Hispanic households during the economic recovery. From 2010 to 2013, the median wealth of non-Hispanic white households increased from $138,600 to $141,900, or by 2.4 percent.

A number of factors seem responsible for the widening of the wealth gaps during the economic recovery. As the Federal Reserve notes, the median income of minority households (blacks, Hispanics and other non-whites combined) fell 9 percent from its 2010 to 2013 surveys, compared with a decrease of 1 percent for non-Hispanic white households. Thus, minority households may not have replenished their savings as much as white households or they may have had to draw down their savings even more during the recovery.

Also, financial assets, such as stocks, have recovered in value more quickly than housing since the recession ended. White households are much more likely than minority households to own stocks directly or indirectly through retirement accounts. Thus, they were in better position to benefit from the recovery in financial markets.

While the current wealth gaps are higher than at the beginning of the recession, they are not at their highest levels as recorded by the Fed’s survey. Peak values for the wealth ratios were recorded in the 1989 survey – 17 for the white-to-black ratio and 14 for the white-to-Hispanic ratio. But those values of the ratios may be anomalies driven by fluctuations in the wealth of the poorest – those with net worth less than $500. Otherwise, the racial and ethnic wealth gaps in 2013 are at or about their highest levels observed in the 30 years for which data is available.