Are You a Procrastinator? 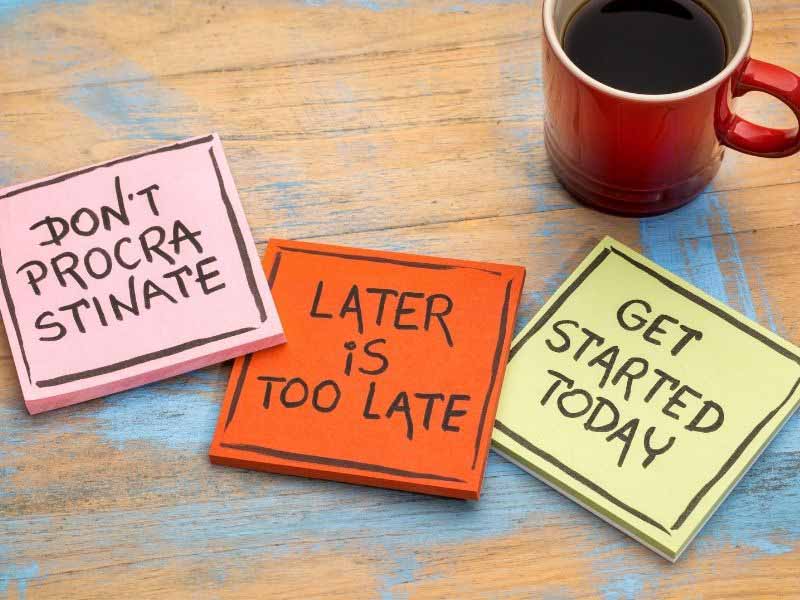 The Time You’re Wasting is Costing You Money, Customers and the Opportunity to Reach Your Full Potential

While attending Michigan State University as an undergraduate, I served as the student manager of the varsity tennis team.

One particularly freezing January morning on campus, the coach informed me that – rather than accompany the varsity squad on its upcoming spring training trip down South (which I was eagerly looking forward to, due to the warm weather) – I would be more useful if I remained at MSU to organize and run the freshman tennis tournament.

He said he expected this task to be accomplished by the time the varsity team returned in 10 days and that he would make arrangements for the matches to be played inside in the university’s intramural sports building.

This seemed simple enough, but it turned out otherwise. And the reason was due strictly to my procrastination over getting started.

Of course, I was quite young and perhaps more concerned with school and social activities at the time. However, every day that went by was “the day” I finally was going to start this project. Long story short, those 10 days passed quickly with no freshman tournament. When the coach returned and discovered that no tournament had been played, he was not happy. I’ll spare you the ugly details.

In view of my experience with procrastination and now having studied the psychology of procrastination, I thought it would be an interesting subject for an article. After all, procrastination, being the thief of time, is a common problem for millions of people, including those in the laundromat industry.

As a laundry owner, have you ever experienced having too many machines out of order, having your HVAC system malfunctioning, being short staffed on attendants, having your snack or beverage vending machines understocked, having your parking lot in disrepair, or perhaps having a few late unpaid invoices?

My guess is that you’ve probably experienced some of these issues.

When these problems are brought to your attention (maybe even by your customers), what is your typical answer? “Yes, I know. I’ll get around to it.”

If that response occurs too frequently, you may officially be a procrastinator. Don’t get nervous. Procrastination isn’t some type of a mental disorder. Rather, it’s a personality quirk – but one that, unfortunately, can lead to a massive waste of time and money.

A survey in 2015 found that, on average, small-business owners lose more than 55 days per year to procrastination, wasting approximately 218 minutes every day doing unimportant things. That’s a lot of time frittered away and potential earnings lost.

Research indicates that there essentially are five types of procrastinators and five common reasons why people, including laundry owners, tend to procrastinate. See if you relate to any of the following specific types of time-wasters:

These individuals pay too much attention to minor details. Perfectionists are often afraid to start a task, because they stress out over getting every detail correct. For example, if you’re going to add a new loyalty program to your marketing campaign, don’t get bogged down in trying to write the ideal entry cards or the exact right words. Just convey the message in clear, concise and simple terms.

These are laundry owners who enjoy creating the ultimate marketing plan in their minds, rather than taking any action. They may be highly creative, but they find it difficult to actually finish a task.

To stop yourself from getting carried away by your endless imagination, get your feet back on the ground by setting specific, achievable goals for each planning day, which must be based on doable and practical reality. Set a goal and break it down into small tasks that you can put into action immediately.

For example, set a plan in motion to wake up one hour earlier every day for a specific period of time to work on this project. Then, you can explain to yourself that in so many days the marketing plan will be completed.

Avoiders believe that it’s better to do nothing than to make mistakes. These worriers are afraid to take on tasks they believe they can’t manage. I understand that constantly checking your email messages is very tempting, but don’t make answering unimportant email messages a top priority – they will steal your time and mental energy before you ever notice the theft.

Perhaps focus on spending your mornings working on what is most important and challenging. Doing so will give you a sense of achievement and help you to build momentum for a productive day ahead.

Another productivity hack for Avoiders is to break down tasks into smaller, bite-sized “subtasks.”

Crisis-Makers deliberately push back work until the very last minute. They find deadlines (crises) exciting and believe that they do their best work when forced to perform quickly and under pressure.

If you tend to always leave work and key projects until the last minute, maybe try employing what’s known as the “Pomodoro Technique,” which is a time management practice that focuses on working in short, intensely focused bursts that are then followed up with brief breaks to recover.

These types of procrastinators tend to be a bit fussy. They have trouble prioritizing their tasks, because they refuse to work on what they see as unworthy of their efforts. They just don’t know how to choose and simply postpone making any decisions at all.

For example, imagine that you received an email from your equipment distributor asking about the progress of a planned retool project at your laundromat, with the distributor requesting a reply as soon as possible. At the same time, you’re also involved with an electrical problem at that store, which could impact the retool plan. Which issue should you handle first?

If you’re the procrastinating type, I strongly suggest figuring out which type you are, and then set about making the necessary corrections. Procrastinators spend their time belonging to tomorrow. The idea is to fight procrastination to its core. You can do this if you become more aware of yourself and this bad habit you’ve developed – only then can you become more productive and less stressed, and place yourself on a truth path to reaching all of your goals.

William Shakespeare wrote, “Our doubts are traitors, and make us lose the good we often might win by fearing to attempt.” Procrastination is one of the main barriers blocking you from getting up, making the right decisions and living the dream life you’ve imagined for yourself.

Studies have clearly shown that, when reviewing their lives, people most regret the things they haven’t done or accomplished. In addition, feelings of regret and guilt resulting from missed opportunities tend to persist much longer.

Sometimes all of our opportunities seem to be at our fingertips, but we can’t seem to reach them. When you procrastinate, you waste time that you could be investing in something meaningful. If you can overcome this fierce enemy, you will be able to accomplish more and, in doing so, better utilize the potential that life has to offer.

Why do people procrastinate?

I believe there are three main reasons:

If these sound familiar, perhaps you need to schedule a meeting with yourself for the specific purpose of addressing and correcting your ways.

But don’t be too hard on yourself. If you’re a procrastinator you are certainly not alone. Mozart shared your problem – writing the overture for his famous opera, Don Giovanni, the night before it premiered, while (as rumor has it) he actually may have been quite hungover.

Frank Lloyd Wright also was a procrastinator. A Pittsburgh department store owner named Edger Kaufmann Sr. had hired Wright to design a property for him in Pennsylvania. Wright visited the land and promised Kaufmann that his house would be amazing.

After that visit, Wright never started the project, totally putting it off altogether. A year later, Kaufmann phoned Wright to say he was nearby and would like to drop by to see the progress Wright had made on the design. Wright freaked out and hastily drew up the plans for what would become Fallingwater – an icon of modern design and a national historic landmark – in just two hours!

Leonardo Da Vinci… also a procrastinator. Sure, Leo created some of the world’s most famous pieces of art. However, despite his many accomplishments, he wasn’t particularly focused. In fact, he completed only 20 paintings in his lifetime – and his most famous work, the Mona Lisa, took him 16 years to finish.

Da Vinci’s procrastination was so well-known that one benefactor threatened to bankrupt him to get him to finish a commissioned piece. Today, many of Da Vinci’s famous works are viewed by art experts as technically “unfinished.”

Lastly, former President Bill Clinton also has had his struggles with procrastination. His aides reportedly gave him deadlines for speeches that were weeks and months in advance of the actual speaking engagements, in hopes of just getting them written on time. But, despite the best efforts of his staff, Clinton still chose to finish many of those tasks at the very last minute.

Procrastination has been with us for countless millennia. Only now are we taking it seriously and actually taking it on in the world of social science research. Why the delay, one wonders?

The Power of Optimism
Coping with COVID-19
By the Numbers 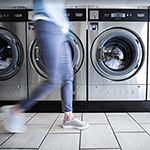 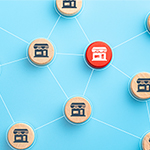 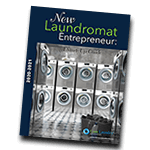