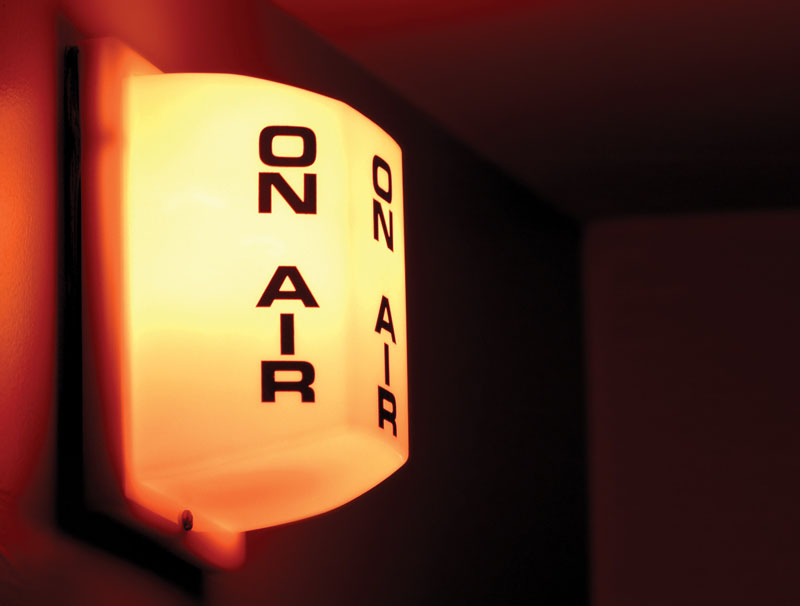 How to Use Radio and Television to Promote Your Vended Laundry

I’ve always been extremely interested in radio and television.

As a child, I used to collect mail order catalogs for two-way radios and look through them constantly. I’d also listen to my transistor radio late at night in an attempt to tune station from far away.

When I got older, I wanted to become a ham radio operator, so I studied radio electronics and telegraphy. And, after three attempts, I somehow managed to pass the stringent FCC Ham Radio License examination.

I was assigned the international call sign WB8WOS and was able to converse with other “hams” on every continent, in airplanes and on ships at sea – using voice and telegraphy. (I still do so today.)

Later, I was offered the opportunity to appear in television and radio commercials, as well as the chance to host my own radio show in the Detroit market called Entrepreneurial Focus.

The radio show was a live, one-hour, call-in program with an estimated audience of about 40,000 listeners, complete with well-known guest interviews and numerous commercials.

Why am I telling you all of this? To let you know that, from the beginning, I have appreciated the amazing communication power of radio and television, specifically as it related to advertising – and I wanted to be a part of it.

I have utilized both radio and television commercials for the purpose of advertising vended laundries. My personal preference is television, for its extraordinary visual impact; however, there are circumstances in which radio may be the better choice.

I’ve written, directed and appeared in approximately 50 TV spots for my coin laundry, as well as for clients with various self-service laundry locations throughout the United States – with great overall success.

Most often, TV commercials are 30 seconds in length (whereas radio spots typically are a minute long) and should be done through a cable outlet, such as Comcast, rather than on one of the major networks. Using cable enables you to advertise directly within your trade area by use of what are referred to as “insertion points.”

There’s no need whatsoever to use the major networks for your laundry advertising, because they’re much too costly, as their area of reach is so much larger – and well beyond your area of customer interest anyway.

Of course, the aforementioned advice applies mainly to those owners who are advertising single stores. If you’re a multi-store owner, the strategy can be altered to use either multiple insertion points or even network television, depending on the overall cost and the reach variables.

Television also has other advantages as an advertising medium over and above cost. With this medium, the prospect can see the store and the owner, and can gain a perspective that can only be described in words on radio. Can you imagine Ford or General Motors running just radio commercials without ever showing a car?

In addition, television has the advantage when advertising to seniors who perhaps have not been in a vended laundry for years and have retained their past perceptions of a dim, dirty laundromat containing only small, toploading machines.

Another advantage of advertising on television is its ability to show customers washing large items – such as blankets, quilts, bedspreads, comforters and sleeping bags – in your large machines. Or, how about showing customers dropping off their laundry do be done by your staff? In short, television plants ideas with visual presentations.

What’s more, television is a more flexible medium. It permits the use of humor that is more difficult to effectively accomplish over the radio. It also enables the use of believable customer testimonials far better than radio can.

However, with that said, let’s discuss radio advertising and the situations for which is might work best.

Radio has been correctly described as the “Theater of the Mind,” meaning that listeners will interpret what they hear based upon their private – perhaps biased – perceptions.

These perceptions can be good or bad and accurate or inaccurate – depending on the voiceover characteristics of the script reader, the musical bed behind the words, and other variables.

I have discovered that radio commercials work best in a small-town environment, where the cost can be kept low and there is a strong possibility that there are only a few stations from which to choose.

There is actually a science to advertising on the radio and television. In other words, there are technical aspects to the process of commercial development that must be adhered to in order to make sure they are successful and productive.

The fundamental principle of both radio and television advertising is that repetition is more important than reach. In other words, Muhammad Ali didn’t win the world heavyweight boxing title by hitting 100 people just once – he won it by hitting one person 100 times.

Psychological research indicates that the average person needs to hear or see an advertising message a number of times per week for it to sink in and become memorable. In his book, “Successful Advertising,” author Thomas Smith discusses advertising frequency as follows:

The prospect isn’t buying anything until after the 17th repetition? This certainly makes a strong case for running 18 ads per week, 52 weeks per year.

I think it’s fair to say that Smith may be exaggerating just a bit depending upon the product, but he does make a strong and valid point about the psychology of repetition.

I actually run my laundry television commercials (alternating about five different TV spots) in the Detroit marketplace 80 times per month, which averages to approximately 20 repetitions per week. This has proven to be extremely successful for a number of years. And, since I use cable, it’s also economically sane.

Lastly, whether your ads are shown on television or heard on the radio, they no doubt must be carefully crafted to appeal to two distinct audiences.

As the late advertising guru Bernice Fitz-Gibbon liked to say: “A good ad should be like a sermon – it must comfort the afflicted, and it also must afflict the comfortable.”