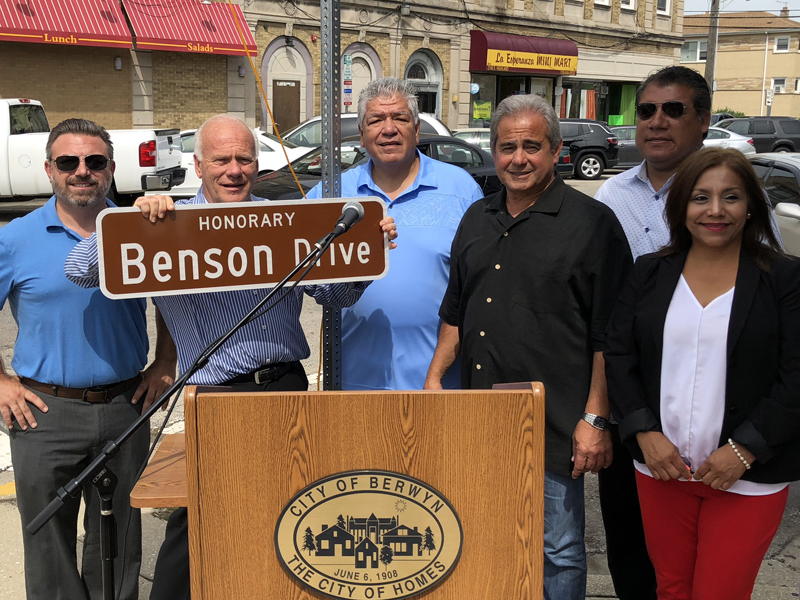 The Chicago suburb of Berwyn recently recognized laundry owner Tom Benson and his family with their very own street. The former Highland Avenue, which runs alongside the west end of Benson’s World’s Largest Laundromat, henceforth will be known as Benson Drive.

On August 21, Berwyn Mayor Robert Lovero and several area aldermen held a renaming dedication ceremony for Benson and his family, honoring them for their decades of philanthropy, leading-edge business practices and continuous contributions to the city and its residents. 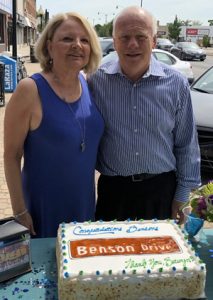 The brief ceremony, which was held near the entrance of the World’s Largest Laundromat and underneath the newly renamed street sign, featured speeches by Mayor Lovero and local politicians, as well as Benson’s sons and business partners, Eric and Mark.

“My goal was to make it the Taj Mahal of laundromats,” said Benson, of the 13,500-square-foot vended laundry business he has operated for 20 years. The spacious store boasts more than 300 machines powered by 36 roof-mounted solar panels, 16 flat-screen televisions and an entire wall of arcade-style games.

However, beyond equipment and technology, Benson, who purchased the business in 1999, believes the reason it has been so successful is due in large part to the emotional connection he and his employees have developed with their customers.

Some of the community-centered activities at the World’s Largest Laundromat include a reading program for children called Read to Ride, where kids earn raffles tickets for every book they read during the summer months – with those tickets going toward possibly winning a bike; a weekly pizza night for customers; and monthly kid-friendly performances at the store, featuring clowns, magicians, storytellers and so on.

The store also regularly displays information about job openings, ESL classes and other opportunities within the community. In addition, the Bensons annually sponsor the city’s 4th of July Fireworks display. 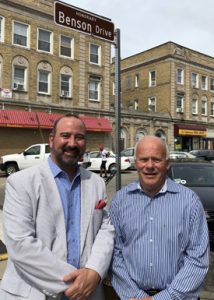 “Congratulations to our friends at the World’s Largest Laundromat,” said Coin Laundry Association President and CEO Brian Wallace, who attended the sign-unveiling ceremony. “The Bensons are long-time CLA members and a direct inspiration for our work through the LaundryCares Foundation.”

Clearly, Benson’s business is rooted in community partnerships and has evolved into an epicenter for local resources and charity events.

“I’ve tried to sell customers on the idea of believing in me – that I’m going to fix it,” said Benson in a recent interview, adding that building trust and solid relationships with his customers, his staff and the city of Berwyn are critical to his laundry’s longevity.

“The World’s Largest Laundromat has been an integral part of Berwyn’s business community for all these years, and it provides a service to the community,” said Mayor Lovero, in a PlanetLaundry interview. “The place is always crowded, and there’s a family atmosphere. Tom makes it like a second home for people.”

“We’re very proud to continue our community-focused efforts,” stated the Benson family jointly, “from environmental and literacy leadership to the annual fireworks… oh, and laundry.” 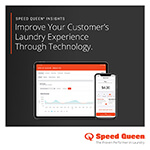 Transform your store’s customer experience using technology that can help you attract and retain a strong customer base and earn more revenue.