‘Disruptive in a Good Way’ 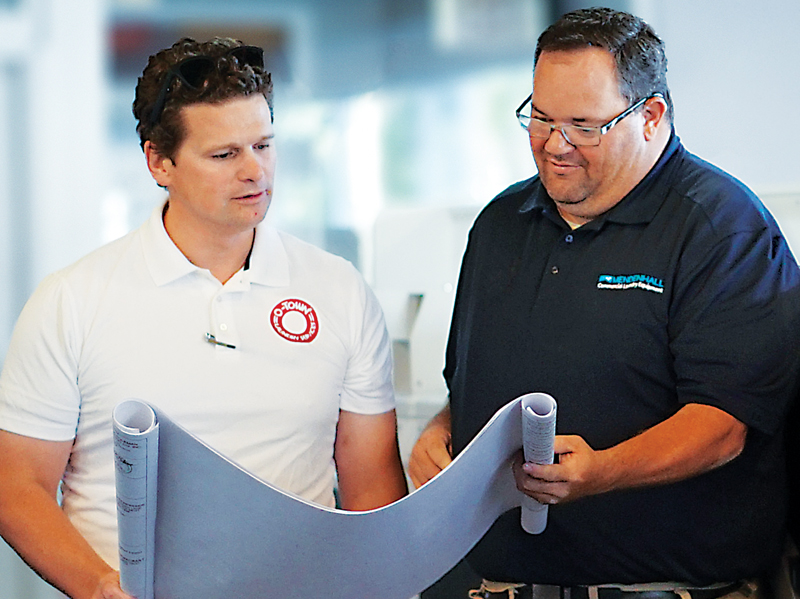 In 2006, the housing market was starting its quick descent, and rumors of a recession were beginning to rumble. It was during this time that Joe Jepsen decided to make a big move and buy enough properties to increase his inventory to 1,000 apartment units in the Salt Lake City area.

Fast-forward 10 years, the market is stronger and the economy rebounded. Again, Jepsen made a big move – this time selling two-thirds of his apartment units. Looking back now, he’s not sure he would do the same thing today in terms of selling those units, but he also believes the decision to sell helped place him on a new path – one that has proven to be more diversified and possibly more profitable.

Jepsen had always been determined to find success. During his early career as a mortgage banker, he learned how important it was to manage capital and banking relationships. In fact, he was able to save enough money to purchase his first apartment building when he was just 22 years old. It was a property he managed and maintained by himself, rather than contracting an apartment management company to do so. Needless to say, he learned a lot of lessons.

When the economy started to take a turn for the better, Jepsen decided to liquidate and diversify much of his businesses and begin to consider what other types of investments he could add to his portfolio. Those ventures to diversify ultimately led him to one of his first vended laundry opportunities, as he was considering how to best use a small 800-square-foot retail space in one of his existing apartment buildings.

With more than 160 rental units, one of Diamond J’s apartment buildings also featured an area set apart for retail space on its main level. When the retail space went vacant, Jepsen came up with an idea that merged his existing business model with a new one.

“I wanted to shut down our standard on-site apartment laundry room within the building and open a vended laundry in the retail location instead,” he explained. “I shared the idea with Brad Moyes at Mendenhall, my Maytag distributor for the past 18 years, because he’s always had great advice for me when it came to our on-site laundries.”

Upon hearing Joe’s vision, Brad was on board and ready to help Jepsen make the changes needed, including the buildout of the space.

The end result was O-Town Coin Laundry, in homage to the city of Ogden.

“We spent between $150,000 and $200,000 to build out that first space,” said Jepsen, of his shift from an on-site, multi-housing facility to a vended laundry approach. “Everything we did was aimed at the ultimate customer experience. We wanted to focus on aesthetics, to make it feel like a fresh modern laundry, and to go far beyond the look of a traditional vanilla vended store.”

That focus played a major role in the type of equipment chosen for this new store, and Jepsen stressed that Moyes’ assistance was an invaluable asset during this stage of the process.

“Brad helped with the floorplan, and ideas for getting started,” Joe noted. “We talked through the equipment mix, keeping in mind that the apartment residents would want to use machines they were used to. We wanted to provide a comfortable environment.”

The biggest challenge the pair had was working through utilities, as there was a lack of sufficient water, gas and power supply nearby to support a laundromat.

“Joe knew what he wanted,” Moyes explained. “This was our first full venture in building a coin store from scratch, so we knew there would be complex issues along the way, such as ensuring a sufficient water supply. We simply worked through the challenges and found solutions that made the most sense.”

A vended laundry facility that was, in fact, anything but traditional. The store boasts a black, gray and red interior, with exposed floor joists and beams, and high-end equipment that makes the space look welcoming and at the same time sophisticated – a place someone could comfortably hang out for a while.

“We help our customers prepare for success by looking at their equipment mix and establishing a layout that works for their store’s community and demographic,” Moyes said.

Besides the look of the store, the business strategy proved to be on point as well. Not only did the facility have a built-in client base with the renters in the building, who still had access to on-site convenience, but the space was now open to the public. This meant the machines stayed busy, and the small space was well-utilized.

“We had great reviews, just in the first week,” Jepsen said. “As timing would have it, we opened the doors and then had to leave for a pre-scheduled, two-week trip. During that two-week period, our change machine, which holds $2,000 worth of quarters, ran dry. Prior to that, the on-site laundry machines had been bringing in just $800 a month. You have to remember, this was only an 800-square-foot area, with 25 total machines.”

The new business model also has made sense from a management perspective. With 300 to 400 apartment units still under his ownership and management, Jepsen has a team of professional property managers, and a roaming maintenance crew looking out for all of his properties. As a result, the laundromat easily falls within their normal duties, which means Joe doesn’t have to hire additional staff specifically for this purpose. What’s more, according to Jepsen, he saw his utility costs decrease with the newer, more efficient machines he installed, despite that the fact the monthly quantity of washed clothing easily increased sixfold when compared to the previous on-site laundry room.

In addition, Jepsen pointed out that his store’s income spiked once more when the official O-Town Coin Laundry signage was installed on the building, due to the added awareness it created.

“Joe is a smart guy,” Moyes said. “He’s progressive and innovative in his thinking. His market is interesting, too. There are a lot of 20- to 25-year-old stores out there right now, and it’s time to retool them or create new stores. The business model Joe has established is efficient and forward-thinking, and we are here to help him find the resources he needs and the right equipment that will support his objectives.”

Since the first O-Town Coin Laundry opened, Jepsen has applied his model and key learnings from that first experience to other laundromat businesses. In fact, his laundry chain is now up to seven stores, and he has three more locations sitting in his land bank, ready to move forward.

“Each store benefits from the one before it,” Moyes said. “Joe takes what he learns and applies it elsewhere. For example, knowing that equipment mix is important to the customers, Joe insisted that Store No. 3, O-Town Laundry Hut, feature not only the single-load washers, customers know, but we added the new Maytag multi-load machines for greater capacity as well.”

Jepsen is excited for the continued opportunities to serve his own residents, along with the local community as a whole. His plans are to stick with his existing model of placing vended laundries within his own properties, as well as within his properties’ communities. As a matter of fact, he won’t buy an existing laundromat or build one without owning the property on which it’s located.

“I’m trying to be disruptive in a good way,” he explained. “This was a way for me to support the community in a positive way, and I hope others can learn from this idea.”

Marketing Trends to Adopt in 2019
Less is More
Common Sense vs. Company Policy