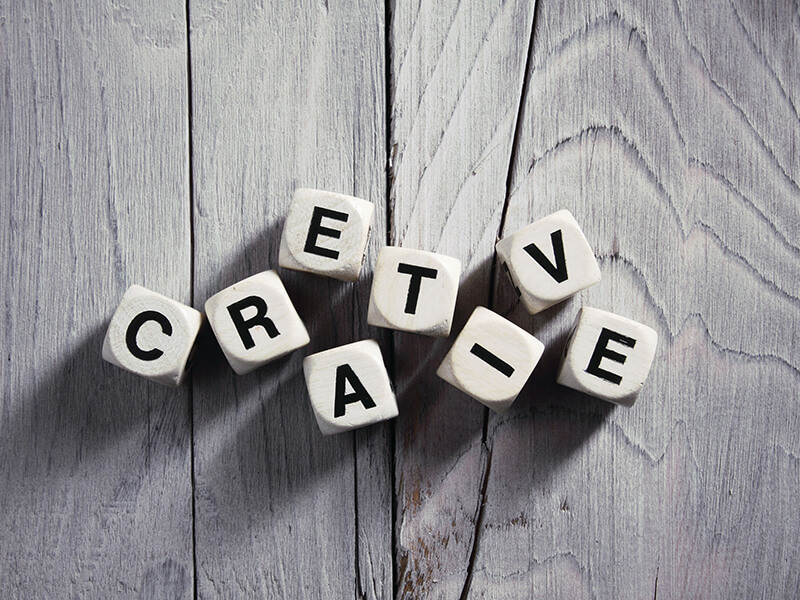 Strengthen Every Aspect of Your Laundry Business by Building Your Creativity

“You can’t use up creativity. The more you use, the more you have.” – Maya Angelou, American poet

Where would we be without creativity? The answer very likely is some version of “nowhere.”

Creativity is the bus that moves the world, and creative people are the bus drivers. So to speak, these are people who can visit the future and then come back to tell us what they saw.

I could easily list a hundred examples of the results of human creativity, but (in the interest of space and time) I won’t do so here. I’ll simply mention some of the “biggies” in order to make my point. I’ve noticed that creative types are different; after all, it takes a difference to make a difference. They are different because they respond to – and are aware of – more of their environmental stimuli than non-creative individuals.

To say the least, extremely creative people are definitely wired uniquely. For example, I’ve read that Albert Einstein was known to pick up cigarette butts off the street to get tobacco for his pipe. Howard Hughes was known to spend entire days sitting in a chair in the middle of the supposedly “germ-free zone” at his Beverly Hills hotel suite. Composer Robert Schumann truly believed that his musical compositions were dictated to him by Beethoven and others musical geniuses from beyond their graves.

In addition, Charles Dickens is said to have fended off imaginary urchins with his umbrella as he walked the streets of London. And, of course, Salvador Dali’s affection for dangerous pets is well documented.

During the many years that I’ve spent in the vended laundry industry and been involved in other business endeavors, I’ve noticed numerous laundry distributors, store owners and other entrepreneurs who I quickly judged as somewhat eccentric. I also noticed that these people typically were, at the same time, quite successful.

I happen to know an individual who owns and runs a government defense equipment supplier firm worth a few hundred million dollars. I can assure you he looks and conducts himself much more like an eccentric, introverted loner. What is it they say about judging a book by its cover?

Today’s research, including brain imaging and molecular biology, is concluding that creativity may likely be the result of how the brain filters incoming information. Even in the business world, there is growing appreciation and increasing acceptance of the link between creative thinking and greater success.

In fact, some of the more progressive firms – including PepsiCo, Bristol-Myers Squibb, Aetna and Marriott International – are now putting their employees through structured creativity training. Furthermore, several companies – such as Coca-Cola, DuPont and Citigroup – have added the formal position of chief innovation officer to their leadership teams.

Considering the recent research I have examined on this subject, I believe that developing more creativity in yourself and the employees within your laundry operation is perhaps one of the most exciting and rewarding paths to take with your business. Doing so will enable you to soar to great heights, and I can assure you that the view from there is intellectually, emotionally and financially stunning.

Researchers are learning that creative individuals have the ability to allow an increased amount of unfiltered stimuli to reach their conscious awareness. This “cognitive disinhibition” – which is simply psychological jargon referring to the failure to ignore information that is significantly responsible for creativity – is likely at the heart of what we think of as that “A-ha! Experience,” where we suddenly gain an insight by permitting ideas that are on the brain’s backburner to leap into our conscious awareness.

So, how can you become more creative and, in turn, more successful? I would suggest that you overtly practice becoming much more aware of your surroundings and the other stimuli you encounter daily. In fact, actually attempt to increase those experiences:

The point is that creativity can actually be learned and strengthened. You don’t have to be born with an innate ability to be creative. Extreme curiosity, above all, is the foundation of creativity. If you’re not curious, I would bet the farm and the one next door that you’re not very creative.

I have had more than one person ask me how I can come up with a fresh new topic for this column every month, which at this point numbers more than 100 articles. My normal answer is that I make it a conscious practice to notice anything and everything – and that gives me the ability to generate fresh ideas about which to write. In other words, I work at it. You can do the same, and eventually it will become a habit as it has in my case.

I find that more column ideas and topics (which obviously have been incubating on my psychic backburners) will “pop into my head” while showering, driving, playing racquetball, waking up, falling asleep and during numerous other activities, rather than when I’m consciously and actively focusing on what I would like to write about. Actually, I find no greater intellectual and emotional joy than getting an idea that turns out to be a great one. And you can have that satisfying experience as well.

As a result, I strongly urge you to start working on your creativity development today. In time, I guarantee that your marketing campaigns, management techniques and financial decisions all will improve. In addition, your loyalty programs will become more innovative, your income streams will diversify, and your bottom line will become more substantial.

I have been struck by how many creative people refer to their most creative ideas as being “obvious” to them. However, I also must confess to doing the very same thing – because, with enough practice, it can feel obvious.

When You Look at Your Business, What Do You See?
Philosophers in the Gift Shop
Tell Your Story