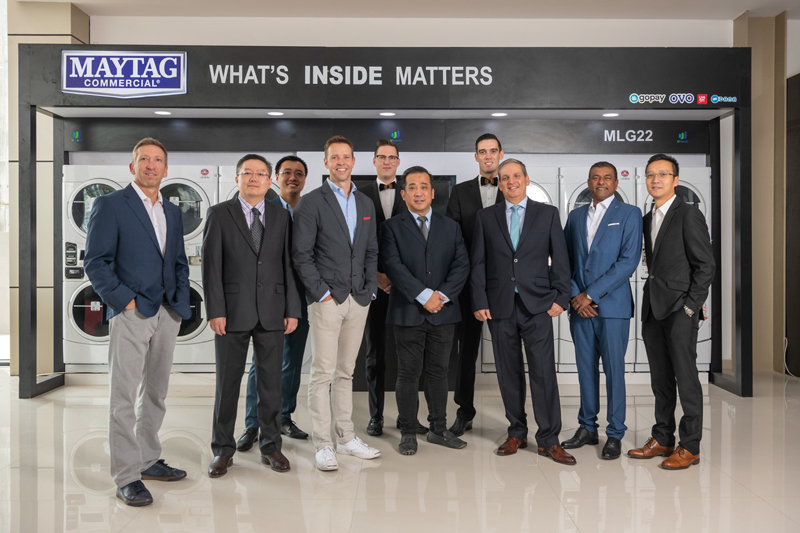 PT. Triton Internasional has opened its first Center of Excellence in the Asia Pacific market, in collaboration with Maytag Commercial Laundry. The new showroom – in Jakarta, Indonesia – exhibits Maytag Commercial’s latest innovations, and the location increases the value and customer service efficiencies for distributors in the region.

A Maytag distributor since 2009, PT. Triton has set up more than 1,500 laundromats with Maytag Commercial laundry equipment and sold Maytag equipment to more than 4,000 drop-off laundry operations throughout Indonesia, with plans to extend further throughout the country.

“As the first one-stop showroom of its kind in Asia Pacific, we are putting Indonesia at the center of the laundry industry,” said Rizal Matulatan, CEO of PT. Triton International. “We thank Maytag Commercial for its support as we work together toward our goal of opening 10,000 laundromats across Indonesia.”

To commemorate the opening of the new Center of Excellence, Maytag Commercial distributors and customers from throughout Asia Pacific joined executives from both Whirlpool Corp. and PT. Triton for a ribbon-cutting ceremony, a roundtable session and the giveaway of five Maytag-branded trucks.