RKU Standard Inc. – under the direction of Rob and Kathleen Unterborn – has purchased Standard Change-Makers Inc. from the McNutt family, which has owned the currency changer manufacturer since its founding in 1955.

Standard Change-Makers was established by James R. McNutt Sr. In 1992, Jim McNutt Jr., who has served the company in various capacities since 1977, took over as president and CEO of the company.

“It was very important to us that the company be run by an ownership group with a family focus, and not be sold to corporate interests,” said McNutt Jr., who will serve as chairman of the board for the new company, which will continue to operate as Standard Change-Makers. “The new ownership should be people who believe in the products and want to continue to build on the foundations that we’ve always worked hard to maintain. I’m excited for Standard that Rob and Kathleen have that kind of focus and that the company will be in good hands.”

“We said from the start that the only way we would move forward is if Jim, Sandy and Rob McNutt would continue to be part of our Standard team,” noted Rob Unterborn, the new president and CEO of Standard Change-Makers. “Their experience and knowledge of the industries we serve and the day-to-day operations are an important part of who and what we are as a company. We have a great core team in place, and we want to continue to build the best products in the industry.”

All current management and team members will remain in their present capacities. The regional sales team will continue on with Dan Wagner leading efforts in the eastern U.S., Tom Kozlik in the western U.S. and Paul Thompson in Canada. 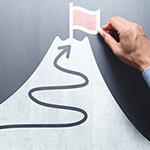