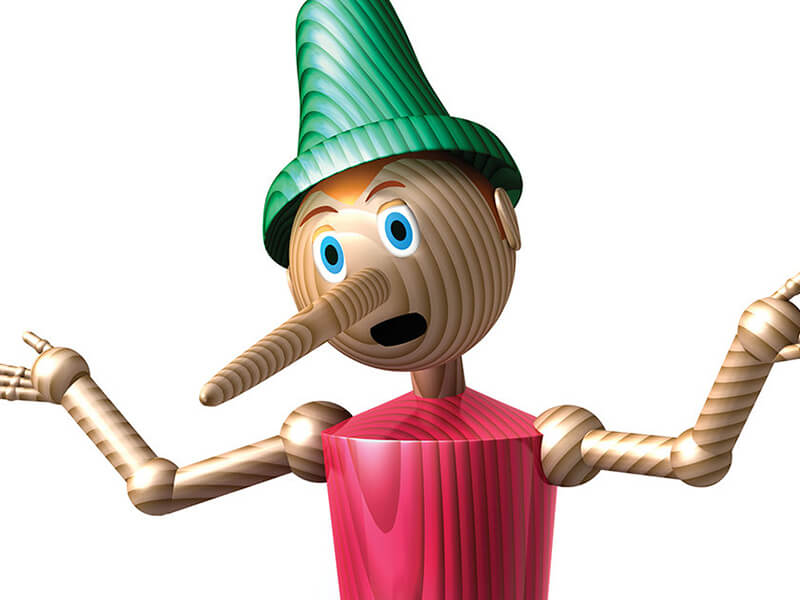 “The most powerful element in advertising is the truth.” – Bill Bernbach, advertising pioneer

The fundamental truism about promoting your self-service laundry is that you don’t stand a chance of effectively producing a successful advertising campaign unless each and every aspect of your ad reflects 100 percent of a quality referred to as “verisimilitude.”

Simply defined, verisimilitude means “the appearance of being true or real” to the recipient. And, for advertisers, anything short of that is just a big heaping bowl of wrong.

One of the main reasons that writing highly effective advertising content to attract potential new customers down the road is challenging is because, quite frankly, it’s difficult to “sell the future.” If you’re trying to persuade people to buy into a stake in the future or into something they will use in the future – such as your vended laundry business – it is necessary to understand how your message makes them feel today, because what people are good at is now… right now!

Therefore, it’s critically important that your advertising absolutely reflects the accurate quality of your laundromat. No doubt, you have heard the phrase “truth in advertising.” Unfortunately, most ads (in and out of the laundry industry) simply don’t live up to that standard.

My observation is that too many advertisements for consumer generic products (including self-service laundries) are guilty of some puffery or deception. In other words, the claims made in the ads are not completely true, yet not completely false. The ad writer is sometimes guilty of leaving out certain facts, and sometimes guilty of what is actually included. It’s the age-old “sins of commission” and “sins of omission” issue.

On occasion, I’ll run across some clever ads that use a combination of humor and negative copy that work well and actually avoid the verisimilitude issue completely. For example, there is a restaurant near my house that displays on its exterior sign: “Warm Beer and Bad Pizza.” Of course, the parking lot is always full.

A clever ad that I’ve noticed on the marquis of one of those quick oil-change businesses stated: “Too Fast for a Waiting Room.” And they change a lot of oil.

Another eye-catching ad I’ve seen – on a billboard promoting a local barber shop – touted: “We’re Looking for Hairy Guys.” How cool is that?

Unfortunately, the two most common words uttered by ad recipients these days are, “Yeah, sure.” We have become a quite cynical and disbelieving society when it comes to trusting advertisements.

One reasons for this has to do with businesses using famous spokespeople who are not believable when they say they actually use the product they’re promoting. The common belief is they simply get paid big bucks to say that they do.

Another reason is the FTAE (“fast talk at the end” ) approach, where the voiceover announcer rapidly spews out numerous product or service disclaimers at the end of the ad, leaving listeners to wonder what they’re hiding or, more likely, what they’re even saying.

Dishonesty in advertising has time and time again – aside from the moral issue – proven to be very unprofitable. The goal of advertising is believability, and nothing is more believable than the actual product itself.

The recent Volkswagen emissions fiasco is proof positive of what can occur when a product is misrepresented. However, there are other examples you can learn from.

For instance, in 2009, an Olay ad for its Definity Eye Cream showed former model Twiggy looking wrinkle-free and much younger than her years. As it turned out, the photos in those ads had been retouched. The company was financially penalized and lost customers.

A few years ago, Wrigley’s Eclipse gum claimed in an advertising campaign that its new ingredient – magnolia bark extract – had germ-killing properties. It didn’t. Consumers sued Wrigley, and the company eventually agreed to pay approximately $7 million dollars, which was distributed to consumers who has purchased the product.

These are just a few of the more well-known examples. Of course, there are several more. In the case of small businesses, such as vended laundries, the typical damages are loss of customers and loss of reputation, which translates to loss of revenue.

The Federal Trade Commission is the federal agency that takes action against unlawful advertising. State and local governments also go after businesses that violate advertising laws. So, here’s what you can do to make certain that your laundry’s advertising is lawful, correct and does what it is supposed to do:

Advertising is your only link to current and prospective customers – and, if used properly, it can be a great tool to increase both.

It can work for you, or it can do the opposite – if customers respond to your ads and find that your laundromat is far less than the way you’ve portrayed it in your promotional campaign.

When people respond to your advertisements and visit your laundry, they better not be disappointed. After all, they may not remember your ad word for word, but they will always remember what they felt when they arrived at your store for the first time.