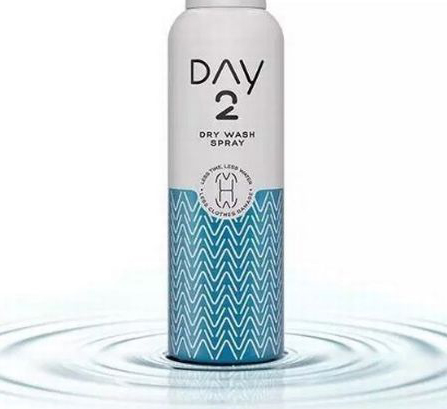 Marketers at consumer goods giant Unilever are focused on what they’re calling the “chairdrobe.” It’s that heap of lightly worn clothes draped over chairs in more and more bedrooms these days, often crumpling people’s “go-to garments.”

It’s a familiar sight in the bedrooms of approximately 60 percent of millennials – 22- to 37-year-olds earning more than a quarter of the world’s income – who approach laundry differently from other age groups, Unilever’s market research shows.

That’s a pain point for the company, maker of Omo, which is the world’s second-largest detergent brand after Procter &amp; Gamble’s Tide. In fact, Tide boasts 14.3 percent of the global laundry care market, versus Omo’s 5.2 percent, according to Euromonitor International.

For decades, Unilever and P&amp;G have pitched new and improved laundry detergents and fabric softeners, primarily to women using washing machines. However, millennials are less loyal to traditional brands and have new demands, including that products save time and be environmentally sustainable.

A decade ago, P&amp;G tested a product line aimed at the wash-weary, after discovering how common re-wearing of clothes had become. The Swash brand was parlayed into a $499 de-wrinkling appliance in partnership with Whirlpool, but two products made it to market as Downy Wrinkle Releaser spray and the Tide Stain Pen.

Now, Unilever has developed Day 2, an aerosol spray that recently went on sale online. According to the company, Day 2 refreshes, reshapes and de-wrinkles clothes in one’s “chairdrobe,” using technology such as “fabric-stiffening molecules.”

There are versions for denim and delicates, in addition to the original formula. Denim jeans are by far the most re-worn garment, Unilever said.

“That’s a high pride point for a lot of millennials, ensuring that their denim is as pristine as possible,” said Day 2’s co-founder and marketing head Nathan Olivieri, in a Reuters report.

Denim aficionados have warned for years against washing jeans. Levi Strauss CEO Chip Bergh, a 28-year veteran of P&amp;G, told attendees at a conference in 2014 that the jeans he was wearing that day were a year old and had never been washed.

Unilever’s home care president Kees Kruythoff calls catering to millennials’ mindset a way of “future-proofing” the portfolio. In addition to Day 2 in the U.K., Unilever is testing a portion-controlled detergent in the Netherlands called Less. Both projects have been structured as if the developers were small and agile startups, not a multinational corporation.

The global laundry detergent market is expected to reach $205.2 billion by 2025, up from $133.3 billion in 2016, according to Grand View Research, which predicts 4.9 percent annual growth fueled by the rising penetration of washing machines in developing countries.

These upstart brands, which boast fewer chemicals and packaging with recycled plastic, are part of the wave of disruption that earlier slammed food and personal care and has finally shaken up home care.

Unilever’s detergent Skip has partnered in Paris with the mobile app Cowash to connect people with neighbors willing to wash and iron their laundry for a fee.

Cowash says about 80 percent of its customers have washing machines and wash some of their clothes, but use the service to avoid time-consuming items like shirts that need ironing.

Indeed, the project brief Unilever handed down to Olivieri some 10 months ago was to create a product that would give millennials more confidence to re-wear worn clothes, since there was nothing on the market that explicitly targeted the issue and addressed smell, wrinkles and shape, the 25-year-old told Reuters.

Although P&amp;G’s Febreze spray can be used to remove odors from clothes, it more often focuses on hard-to-clean fabrics in the home or car, such as upholstery and curtains.

Over the course of one month last fall, Olivieri’s 10-person team developed the brand away from corporate headquarters in a rented house in a village outside Liverpool, frequently inviting consumers in for real-time feedback.

The project is representative of how Unilever is approaching new brand development with research that engages consumers early in the process.

The premium all-in-one product is delivered in packaging meant to be attractive enough to be displayed in a bedroom, Olivieri said. It’s a proposition that was never going to be cheap: a 200-milliliter can that can treat 25 garments costs 7.50 pounds (about $9.76), compared to the roughly 7 pounds (approximately $9.11) it costs to buy enough of Unilever’s Persil Powercaps to wash 30 loads of laundry.

“We know the ‘chairdrobe’ is a universal concept,” Olivieri said. “But, as we move into a modern age where we’re more time-poor than ever, that’s becoming an even more relevant consumer problem.”