The Obstacle Becomes the Way 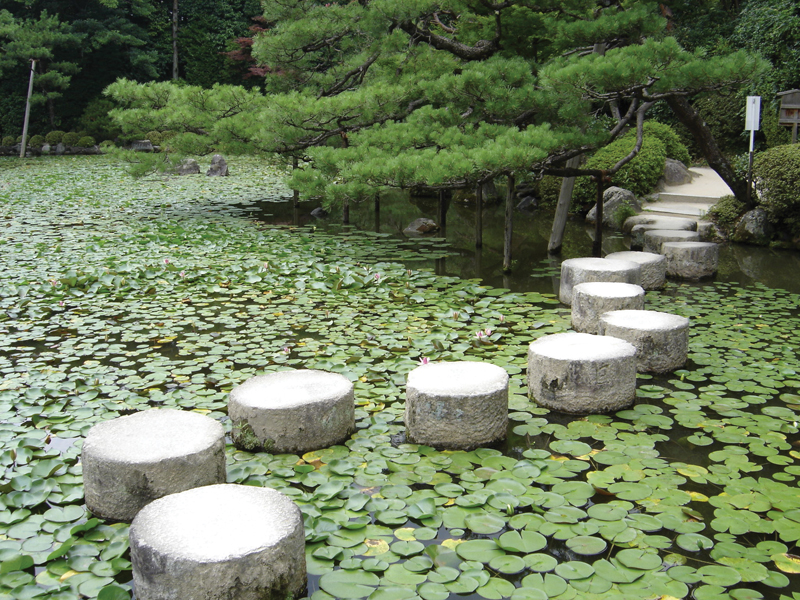 Dealing with the Challenges of Business Ownership

“One of the secrets of life is to turn stumbling blocks into stepping stones.” – Jack Penn, plastic surgeon, sculptor and author

Eight years ago, I wrote an article that appeared in PlanetLaundry magazine and was entitled, “The Beauty of Obstacles.” This month, I’ve decided to devote more written words to the same topic – simply because the world has dramatically changed and, thus, so have the obstacles and challenges that confront us, both within and outside of the vended laundry industry.

An appropriate industry-related example is the fact that washing and drying technology has changed, creating new issues for laundry owners. In addition, attitudes toward work and the work ethic have changed – hence, laundry attendants must be managed in line with the times. Also, the marketing world has changed significantly. With these changes come new marketing methodologies, as well as new obstacles, for store operators to deal with.

Therefore, consider this article a “booster shot” for the initial inoculation you received eight years ago.

On the afternoon of April 14, 2019, at the Augusta National Golf Club, an incredible lesson in overcoming obstacles and a magnificent display of fortitude was broadcast to millions around the world – as Tiger Woods won his fifth Masters Golf Tournament. His most recent prior Masters title had come in 2005. What’s more, Woods hadn’t won a major PGA Tour event since 2008.

To say the least, he’s been in a deep slump (of course, relative to the high standards he had set for himself), facing a number of obstacles for the last several years. Highly publicized personal issues were compounded by serious physical ailments and multiple surgeries. In fact, some medical experts never expected Woods to again play golf at a high level.

Yet, on that Sunday afternoon in April, he turned the golf world on its ear by winning the Masters, which many are now regarding as the greatest display of overcoming obstacles any sport has ever witnessed.

As a laundry owner, you’re similar to Woods in many ways – other than the obvious fact that he earns his living outside, on grass and in beautiful warm-weather locations, whereas you earn yours inside, most likely on ceramic or vinyl tile. The biggest point is that Tiger has obstacles to overcome specific to what he does for a living – and so do you.

To name a few, Woods must deal with physical aging, nagging injuries, competing with younger and stronger players emerging all the time, nurturing his public image, and adapting to equipment changes.

Your obstacles include improving market share, machinery issues, financial problems, landlord relationships, developing effective marketing strategies, dealing with employees, and other day-to-day challenges that must be overcome for you to stay on your game.

Build Up Your ‘Scar Tissue’

The key to survival is learning how to deal with your own specific obstacles – never giving up and fighting whatever negative forces may come your way. Doing so will make you stronger so that you can more easily and effectively battle the next potentially injurious event heading toward you.

As the saying goes, scar tissue is tougher than regular tissue. In that regard, I suggest you actually welcome obstacles and challenges, because beating them at their own game is the only way to create an entirely different, stronger and more successful version of yourself and your business.

This is true for a number of reasons. First, obstacles show you who you really are and what’s important. Additionally, obstacles make you tougher and more creative, because they put you in the position of either giving up or looking at your business more creatively when that next monster of an obstacle rears its ugly head.

Confronting obstacles also helps us find meaning in what we do in both our personal and business lives. Even the biggest, baddest, ugliest problem that enters our lives should remind us of the importance of detaching what happens to us from how we react to it.

After all, you always have a choice. You can curl up in the fetal position and cry about your plight, essentially letting your problems “win.” Or, you can take a new, creative approach and show those ugly problems who you really are.

The choice is yours.

When confronted with a business issue, here is a four-step approach to winning that battle:

It’s a truism that most laundry owners do about average. And then there is a much smaller percentage of operators who achieve exceptional results – no matter what issues or obstacles they encounter. Here’s why…

It’s a psychological fact that most people are programmed to avoid discomfort and ambiguity, which are the two main ingredients of dealing with obstacles. For example, when we don’t like an individual, we avoid the person. When we don’t like our job or our boss, we quit. The list is actually quite long. Perhaps this type of behavior was originally programmed in humans in order to protect and preserve the species.

As a result, when faced with a problem, we take the path of least resistance – choosing either to do nothing or to avoid the problem altogether, and then hoping for the best. But, alas, hope is for bystanders.

Then, there are those individuals who seem to have no problem dealing with discomfort or ambiguity. Some people simply were born that way and are neurologically programmed to be less sensitive to discomfort and ambiguity than most. Others are able to intellectually analyze a situation and deal with a problem straight on, despite feelings of discomfort.

It’s this latter group of folks who tend to become uncommonly successful at most of the things they do – such as taking large business risks and becoming billionaires, or winning major golf tournaments against all odds.

In addition, the science of behavioral economics further teaches us that, when evaluating a business strategy choice, people overwhelmingly will prefer a strategy where they don’t lose money to one where they don’t make money. Again, this likely is a self-preservation neurological reaction.

It’s natural to want to be happy all of the time. However, I find it interesting that most of what many psychologists and other behavioral scientists consider to be our seven basic emotions – joy, anger, sadness, fear, surprise, contempt and disgust – tend to reflect the dark side of the human experience.

These emotions remain a part of us because they have helped us survive through millions of years of evolution, and they are an integral part of what distinguishes us as being human. So, instead of trying to ignore or push aside these negative emotions, perhaps accept them as useful – although often uncomfortable – parts of our personal and business lives.

It's the Law!
Taking the Scientific Approach
‘Dig Your Well Before You're Thirsty'